ALABASTER – A 36-year-old Alabaster man is facing up to 20 years in prison after he was arrested in early April and charged with distributing a controlled substance. 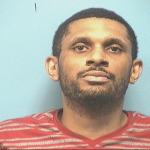 The Shelby County Drug Enforcement Task Force arrested Jason Emanuel Williams, who lists an address on Allen Drive in Alabaster, on April 2 and charged him with the crime.

Williams’ charges came after he allegedly attempted to sell 0.5 grams of methamphetamine from his residence on March 25, according to his arrest warrant.

Unlawful distribution of a controlled substance is a Class B felony, and is punishable by up to two decades in prison upon conviction.

As of April 3, no future court dates had been set for Williams.