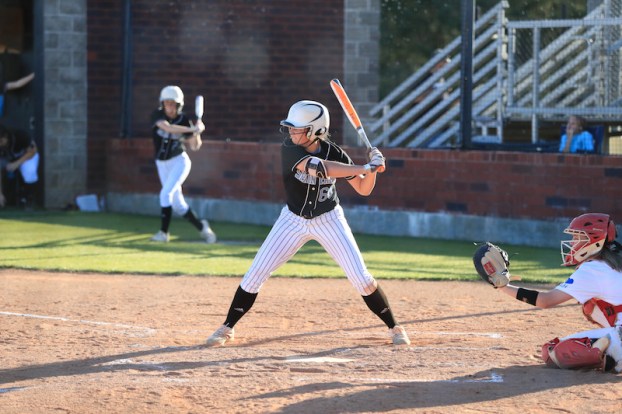 Spain Park bounced back from two consecutive losses to take down Vestavia Hills in a key area win on Thursday, April 4. (For the Reporter/Dawn Harrison)

VESTAVIA – Spain Park’s chances at the regular season Class 7A Area 6 title got a big boost on Thursday, April 5, when the Jaguars picked up a redemption win against the Vestavia Hills Rebels in a 10-0 shutout.

Having lost to the Rebels 7-5 on Tuesday, March 19, the Jaguars’ chances at the regular-season title would have taken a big hit with another loss putting them at 2-2 in the area, while Vestavia would have remained undefeated.

Coming in off back-to-back losses in the previous two days, by a combined 27-10, the Jags were also at their lowest moment of the season.

But all of that was put aside thanks to an eight-run spurt in the middle of the game lifted Spain Park (27-5, 3-1) to a mercy-rule victory in six innings of play.

The Jags controlled the game from start to finish outhitting the Rebels 11-4 and committing no errors, while Vestavia had four blunders in the field.

Spain Park’s four doubles, two home runs and nine RBIs paired with a complete-game shutout with 12 strikeouts from Annabelle Widra in the circle were too much for Vestavia to overcome.

In the top of the first inning, the Jaguars were able to take the early lead when Widra reached on an error by the shortstop, which allowed her to get to second. She then stole third and scored on another error to put the Jags on top 1-0.

That was the only damage in the first inning, but the two errors and great base running gave Spain Park the early momentum.

Then, in the top of the third, the Jags struck with their first of two consecutive four-run innings.

After a leadoff walk to Caroline Kendrick, Widra came through with another big moment blasting a two-run shot over the right-field wall for a 3-0 advantage.

Later in the inning with two outs on the board and runners on first and second, Caroline Wooley stepped to the plate and found herself in a 2-1 hitter’s count. She took the fourth pitch of the at bat and split the gap in left field for a two-RBI double that put Spain Park on top 5-0.

Following another easy inning defensively, the Jags stepped back to the plate in the fourth looking for more.

In the first four at bats, Kate Campbell, Widra and Taylor Harrington picked up singles to load the bases with one out. That was followed by a fourth single when Bailey Bowers hit a ball to left field that drove in the Jags’ first run of the inning.

Alexis Anderson then came through in a big spot with a bases-clearing double that put SPHS up 9-0 through four innings of play.

Vestavia loaded the bases in the bottom half of the inning but failed to score, and never really threatened again, while Lydia Coleman added a home run in the top of the sixth to cap the impressive showing.

Widra went 4-for-4 at the plate with two RBIs and three runs scored, while Anderson added three RBIs after going 1-for-4. Coleman went 2-for-2 with one RBI and two walks. Bowers went 1-for-4 with an RBI.