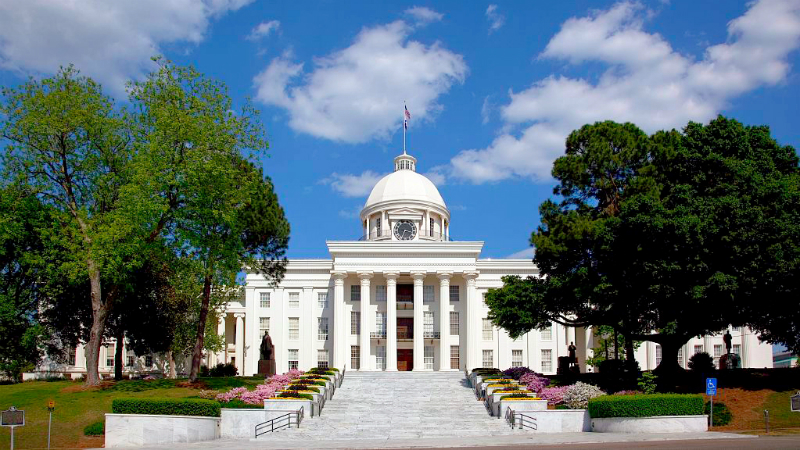 The day began at Central Restaurant, where David Cole, vice president of governmental affairs for the Business Council of Alabama, thanked attendees for their willingness to engage political leaders and involvement in the process.

Cole said BCA is “all in” on the Rebuild Alabama plan for improving the state’s infrastructure. Other issues likely to be addressed during the legislative session include ethics reform and economic development.

It is important that the state’s ethics laws not be “watered down,” he said.

“What we do need is clarity,” Cole said. “We need to remove the gray area that’s there.”

Issues of importance to business leaders include workforce development (Cole said he would like to see initiatives in high schools begin as early as the seventh grade) and access to high-speed internet.

“We have got to get high-speed internet throughout the entire state of Alabama—that’s our goal,” Cole said.

The institution of a state lottery could also be on the table, Cole said, but the decision faced by lawmakers is made difficult by various considerations such as how to divvy up proceeds.

“When you talk about a lottery, there’s a lot of things on the fringes that are considered,” he said.

Participants then had the opportunity to ask questions of Shelby County representatives, including Rep. Corley Ellis, Rep. Arnold Mooney and Sen. Cam Ward.

Those in attendance learned that Shelby County is now one of just four counties that has its own legislative committee.

“That’s a big change for us and allows us to control local legislation without going to a statewide committee,” Ward said and added that he would still like to see more “home rule” in Alabama. “The biggest landmines we always get tripped up on are local bills.”

After transitioning from the restaurant to the Business Center of Alabama, the visitors from Shelby County heard from a number of state officials.

Kenneth Boswell, director of the Alabama Department of Economic and Community Affairs, discussed the passage of the Broadband Bill and the upcoming census.

Having previously served as mayor of Enterprise, Boswell pointed to the importance of an accurate census count to spur growth.

“We have an opportunity to change this state in the most positive way we ever have,” he said.

Margaret Whatley, director of government relations for the Alabama Hospital Association, said 13 hospitals in Alabama have closed in the last eight years and pointed to the organization’s desire for the state to expand Medicare.

The expansion, increasing the number of people eligible for benefits, would be mostly covered by federal funds but would require a state match. It would mean $90.1 million for Shelby County in the very first year, she said.

“People kind of forget some times that hospitals are businesses—they do drive the economy,” Whatley said.

Col. Jeff Dunn, commissioner of the Alabama Department of Corrections, talked about the issues facing the department and its work to address these issues and others, including reducing recidivism.

“I think you should be proud of the work that our correctional officers do every day,” Dunn said.

Alabama’s prisons are filled to 163 percent of capacity, Dunn said, while the staffing level is about 50 percent of what is needed.

Shelby County Senior Picnic is May 2