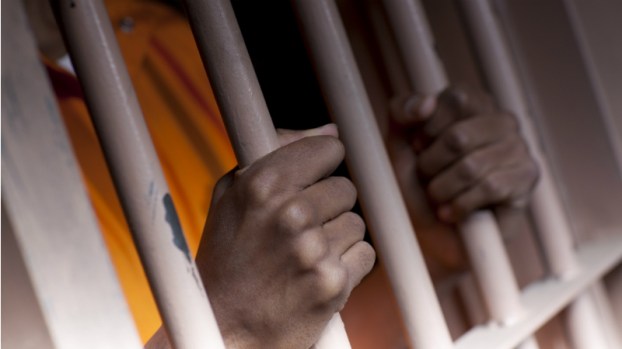 The DOJ investigation, pursuant to the Civil Rights of Institutionalized Persons Act, was initiated on Oct. 6, 2016, and involved site inspections at four male prisons and the interviewing of hundreds of inmates, correctional staff and ADOC officials. For more than two years, the DOJ pursued an investigation of issues that have been the subject of ongoing litigation and the target of significant reforms by the state.

“We appreciate the U.S. Department of Justice’s efforts to ensure open lines of communication with the state of Alabama. DOJ has identified many of the same areas of concern that we have discussed publicly for some time,” Ivey said. “Over the coming months, my administration will be working closely with DOJ to ensure that our mutual concerns are addressed and that we remain steadfast in our commitment to public safety, making certain that this Alabama problem has an Alabama solution.”

The Department of Justice’s Civil Rights Division and the U.S. Attorney’s Offices for the Northern, Middle, and Southern Districts of Alabama concluded that there is reasonable cause to believe that the conditions in Alabama’s prisons for men violate the Eighth Amendment of the U.S. Constitution.

“The Constitution guarantees all prisoners the right to be housed in safe conditions and not be subjected to violence and sexual abuse,” said Assistant Attorney General Eric Dreiband for the Civil Rights Division. “Our investigation found reasonable cause to believe that Alabama fails to provide constitutionally adequate conditions and that prisoners experience serious harm, including deadly harm, as a result. The Justice Department hopes to work with Alabama to resolve the Department’s concerns.”

“This massive undertaking alleges constitutional troubles in the Alabama Department of Corrections which are serious, systemic, and in need of fundamental and comprehensive change,” U.S. Attorney Jay Town stated. “That being said, I have great confidence in the state of Alabama’s resolve to correct the prison system’s problems. The commitment by Governor Ivey, Commissioner Dunn, and so many others in the state’s leadership to affirmatively address these inherited issues offers great promise of our development of a meaningful remedy.”

The Department of Corrections already acknowledged many of the issues in the DOJ’s findings letter and has been actively working to remedy these concerns by improving correctional officer hiring and retention; developing effective prison management, including efforts to curtail the entry of contraband; and replacing an outdated prison system with state-of-the-art correctional facilities designed to safely, effectively and humanely manage and meet the needs of a diverse inmate population.

As DOJ stated in its finding letter, “We recognize ADOC has begun to make some positive changes in recent years.”

Alabama Department of Corrections’ plan to build new prisons will allow for enhanced security through updated structures and the implementation of current technology resources. Such facilities will also allow for the integration of medical and mental health services and provide safer environments for inmates and staff.

“ADOC voluntarily assisted the DOJ in every reasonable way with the investigation,” Commissioner Jeff Dunn said. “Our primary objective is to ensure each facility provides a humane, secure, and safe environment for inmates, and that reforms already in place and proposed bring about positive, tangible changes throughout the prison system.”

Efforts for the improved hiring and retention of correctional staff have been bolstered with the Legislature’s $86 million funding appropriations in 2018 and 2019 for hiring additional correctional and health services staff. These efforts continue with a $31 million request for ADOC’s proposed 2020 budget, which would help the department hire 500 new correctional officers and increase the pay scale for all security personnel.

In 2014, ADOC partnered with a consulting group to aid the department in complying with the Prison Rape Elimination Act standards and improving conditions within the prison system. DOJ and ADOC jointly selected an independent monitor who provided technical assistance to ADOC in addition to assessing the department’s compliance. In 2017, all ADOC facilities reached full PREA compliance with DOJ’s validation.

To combat recidivism and in the interest of public safety, ADOC uses evidence-based principles and programs by matching inmates with rehabilitative, vocational, and educational programs they need to reenter society successfully upon their release.

“In response to DOJ’s findings, it is important to understand all the current efforts ADOC has taken and will continue to take to improve the conditions of confinement within the male prison system,” Dunn said. “Governor Ivey’s commitment to working closely with the Legislature to resolve this generational problem will ultimately lead to a 21st Century prison system.”