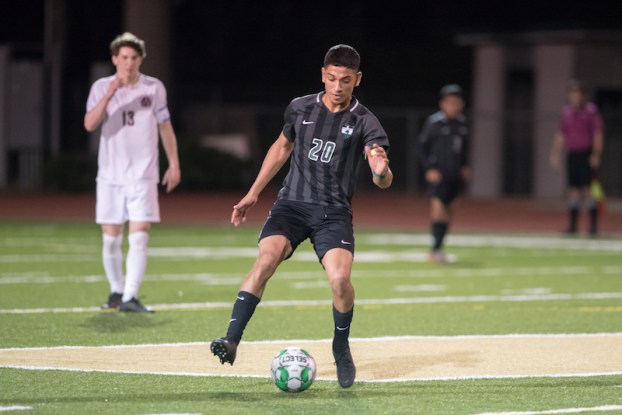 Briarwood, Helena, Pelham and Thompson all had teams compete in the Mobile Challenge of Champions, with each posting several podium finishers. (File)

MOBILE – While the majority of their teammates were competing in the Spain Park Invitational, a select few standout track and field stars from Briarwood, Helena, Pelham and Thompson traveled to Mobile to compete in the Challenge of Champions between April 6-7.

Whether they had just one athlete competing or multiple, it was a strong showing for each of those four teams, as they were all responsible for at least one top-five finisher.

The Pelham Panthers had an unbelievable performance from four different athletes, including two podium finishers in the girls javelin throw.

Emorie Long continued her impressive season with a first-place finish in the event thanks to a distance of 130 feet, 11 inches, while sophomore Erin Long was two spots lower in third with a distance of 114 feet, 10 inches.

Fellow girls’ teammate Katie Strozier added a podium finish as well thanks to taking home third in the 800-meter run with a time of 2:17.

The last individual athlete competing for the Panthers was junior Adam keller, who finished the one-mile run with a time of 4:35.53 to claim 12th.

In the open portion of the event, which was separate from the invitational portion, Dorian Tolbert added a first-place finish in the discus throw with a distance of 140 feet. Teammate Donovan Ross claimed fourth in the 100-meter dash.

For the girls in the open portion, Alex Wilkins finished second in the 800-meter run, while Erin Long won the high jump with a height of 5 feet, 2 inches.

Sarah Guthrie and Ayala Seaborn also added top five finishes, as Guthrie claimed fourth in the pole vault event, while Seaborn did so in the discus throw.

The Thompson Warriors also had several athletes stand out at the event led by a second-place finish from McKenzie Hogue, who is coming on strong this spring after recovering from an injury early on. She finished second in the two-mile run with a time of 11:01.71.

The Warriors also had several other runners finish inside the top five, including London Wooley, Zakiria Holifield and Viktor Turek, while Zoria Miller, Brandon Demarcus Lee and Jace Jones finished just outside of the top five.

Wooley, Holifield and Turek all finished fourth in separate events. Wooley claimed the finish in the high jump with a height of 5 feet, 4 inches, Holifield did so in the 200-meter dash with a time of 25.31 seconds and Turek took fourth in the discus throw with a distance of 155 feet.

Holifield also added a finish of second in the 100-meter dash in the open portion of the event, while teammate Ebony Butler did so in the shot put finals finishing in third.

Miller finished just outside the top five, taking home sixth in the shot put with a distance of 35 feet, 6.75 inches.

Helena’s two standouts were Jonah Hyde, who finished second in the high jump with a height of 6 feet, 4 inches, and Kirsen Gardner, who finished ninth in the shot put with a distance of 35 feet, 1.75 inches.

Briarwood only had one athlete compete in the event, but it happened to be one of the best javelin throwers in the state in Ashton Domingue, who went on to finish first in the event with a distance of 187 feet, 7 inches.