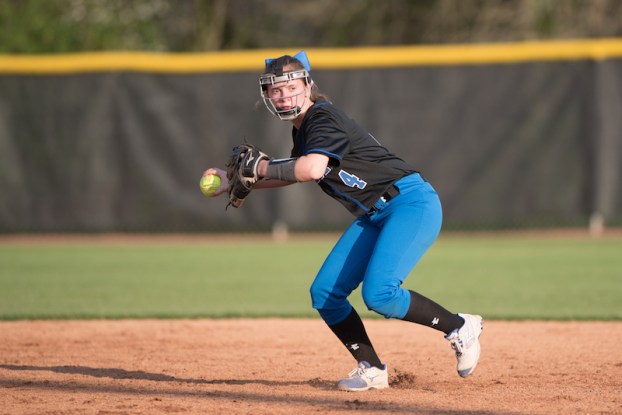 Chelsea picked up a thrilling area victory against Calera on Wednesday, April 10, thanks to a walk-off win in extra innings. (File)

CHELSEA – It was a fight to the finish in Chelsea on Wednesday, April 10, as area and county rival Calera paid a visit and gave the Hornets all they could handle as the game went to extra innings.

However, Chelsea (14-8, 4-0) pulled out the 8-7 win in dramatic, walk-off fashion and inched a little closer to the regular-season area title.

The game’s first two innings went scoreless with Chelsea stranding two base runners and Calera stranding one, but both teams struck in the third.

Calera got the first shot with a little help from Chelsea pitcher Abigail Bryars, who walked two and struck out two of the Eagles’ first four batters leaving a runner in scoring position with Meaghan Marfice coming up.

Marfice capitalized and sent a single into left field scoring Mercy Drake for the 1-0 lead.

Chelsea’s next turn at bat saw the Hornets quickly tie the game, as Ingram Holt stole a single on a leadoff bunt. Bryars helped her own cause next hammering a double to center field sending Holt home to tie the game.

A couple of groundouts advanced Bryars’ courtesy runner, Landry Holt, to third and then home to give the Hornets their first lead at 2-1.

The lead changed hands again in the next inning as Calera had their best effort in the top of the fourth. It began almost identically as it did in the third inning with Bryars walking two of the first four batters she faced.

Michaela Landrum made her pay as she blasted a home run over the left field fence for all three of Calera’s runs in the inning vaulting them to a 4-2 lead.

Both teams stranded a runner in their next at bat, but Chelsea struck again in the bottom of the fifth. Again, Holt got on base to lead off the inning for the Hornets—this time with a walk.

Bryars came up big again sending a second consecutive double to center field advancing Holt to third. With two runners in scoring position, Olivia Bergert was hit by a pitch to load the bases for Skylar Baker who singled a line drive to center field sending the Holt sisters running.

Ingram made it home easily, but Calera center fielder Michaela Landrum came up big again and gunned down Landry at the plate to preserve the Eagles’ 4-3 lead.

Another heads up play by an outfielder ended Chelsea’s scoring threat as left fielder Baylee Head caught a fly ball and whipped it to third base before Bergert arrived.

Landrum stood out all night and slapped another homer over the fence in the top of the sixth, this time to center field, scoring another leadoff walk to extend the Eagles’ lead to 6-3.

Chelsea answered with its biggest inning of the game scoring three runs off four singles and two walks in the inning to tie the game at six. Lexi Serio and Baker each had an RBI, while Brianna Plocharczyk walked a run in between the two.

Plocharczyk finished with five walks on the night with just one strike out. Bryars held up her end of the bargain next and had a 1-2-3 inning in the top of the seventh.

The Hornets loaded the bases with one out off of two consecutive errors from Calera’s defense, but a pop out and ground out forced the game into extra innings.

Again, Bryars came up big giving up one single, but stranded that runner as her 154th pitch of the night ended with Calera’s Katie Mitchell caught trying to steal second base.

Chelsea wasted no time in the bottom of the eighth inning as all three batters reached base on two singles and an error from Calera. With Bergert and Baker both on base, Chloe Eidson stepped to the plate having gone 0-for-4 in the game to that point.

Eidson took a strike after two balls, but then pounced on Plocharczyk’s 132nd pitch of the night sending it into right field and sending Bergert home for the winning run in front of the home crowd for the 7-6 victory.

Baker led Chelsea going 3-for-4 with three RBIs, while Serio, Holt and Bryars each had two hits in the win.

The Eagles were led by Landrum, who went 2-for-3 with five RBIs and two runs scored.

By ALEC ETHEREDGE | Sports Editor A night after taking down area opponent Calera 5-1, the Pelham Panthers came back... read more