When asked about his hobbies and any special interest he has, Don Greene replied, “I don’t have time for that.” Greene, who celebrates his 81st birthday this year, pours most of his time and energy into his role as mayor of Harpersville. Greene became mayor in 2016 after Mayor Theoangelo Perkins decided not to seek re-election. 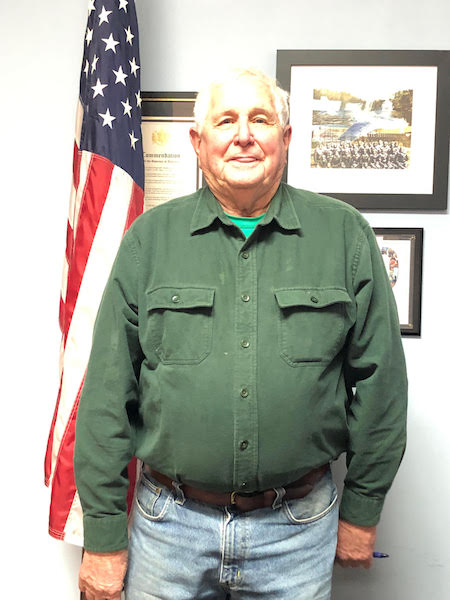 Don Greene dedicates the majority of his time to serving as Harpersville’s mayor. (Contributed)

“Even though it was not always possible to solve every problem or fulfill every need, it was a good feeling to be able to help where and when I could,” Greene said. “The disappointing part was when it was not possible to accomplish assisting a family with a specific need they had.”

Following his retirement from the military, Greene spent 10 years with Shelby County Emergency Management Agency. SCEMA provides citizens of Shelby County with information and assistance in preparing for emergency and disaster situations such as tornado, floods and hazardous materials incidents.

Although his schedule does not permit him much spare time since becoming mayor, Greene’s volunteer activities have included Veterans Treatment Court, Employer Support of the Guard and Reserves, Alabama 4-H Judging, Shelby County Water Festival and the Alabama National Cemetery Support Committee. He helps out wherever he can “as time allows,” he said.

Despite his claim that he hasn’t time for hobbies and special interests, Greene plants a garden each year.

“The biggest responsibility is maintaining it,” he said. “It requires a lot of work. I grow all sorts of stuff. What we don’t eat, we share with others.”

Watermelons are his favorite, but then there are also Better Boy tomatoes, okra and cantaloupe, to name a few.

A Harpersville/Vincent native, Greene has been married to his wife, Judy, for 57 years. They have two sons, a grandson and five granddaughters.

From the days when his sons were children when he was their baseball league coach, Greene said he has been active in the community for decades.

A member of RSVP since 2012, Greene has logged 1,139 hours and is a recipient of the RSVP Gold Presidential Volunteer Award.

By DAISY WASHINGTON / Community Columnist “The greatness of a nation and its moral progress can be judged by the... read more