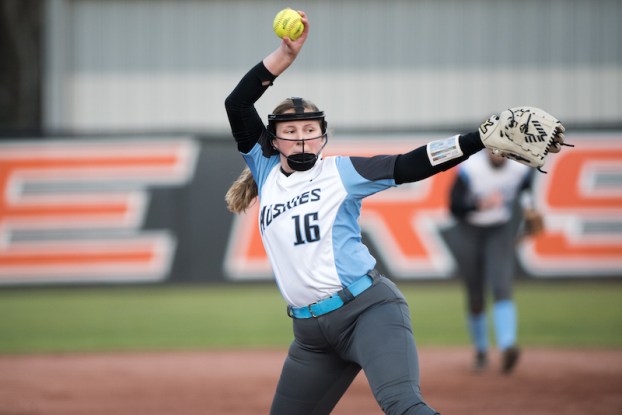 PELHAM – After losing to Pelham 8-3 earlier in the season, the Helena Huskies softball team evened things up on Wednesday, April 10, with a 6-0 shutout win over the Panthers thanks to a tremendous outing by starting pitcher Avery Barnett.

Barnett was dazzling in the circle, as she threw a three-hit shutout on just 90 pitches that included seven strikeouts.

She got help from her offense as Helena finished with six runs on six hits as a team, which was more than enough for the area win.

Helena wasted no time getting on the scoreboard by taking advantage of two walks by Pelham in the top of the first inning. Lexie Bullock then grounded out which allowed Peyton Wilkins to score to make it 1-0 Huskies.

Neither team would push another run across until the top of the fourth inning as Helena started the inning off with back-to-back singles. Kelsi Bargman would then hit a sacrifice fly to make it 2-0 Helena.

One inning later, Helena would be awarded another run on a Pelham wild pitch to make it 3-0.

The Huskies largest inning offensively would come in the top of the sixth inning as the first three batters recorded two singles and a walk to load the bases with no outs. After a strikeout, Haley Morris hit an RBI single to score Bullock to make it 4-0.

Helena’s final two runs in the inning came on a passed ball and a Pelham error on a pop fly to bring the score to 6-0, which would eventually be the final score.

Down 6-0, Pelham needed some offense but Barnett would not let it happen as she recorded three strikeouts in the bottom of the seventh to cap off the win.

Bullock led Helena at the plate going 2-for-4 with two hits, an RBI and a run scored.

With the win, Helena improved to 2-2 in area play with two area games left to play in the regular season.

By ALEC ETHEREDGE | Sports Editor A night after taking down area opponent Calera 5-1, the Pelham Panthers came back... read more