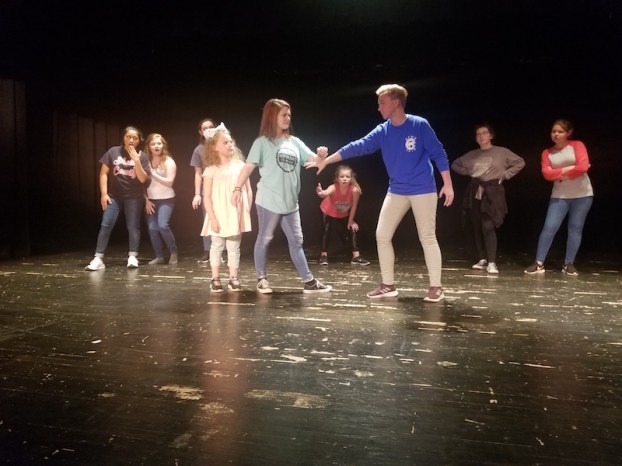 The Shelby County High School Theatre Department is taking a trip back in time to the 1980s in an adaptation of William Shakespeare’s A Midsummer Night’s Dream.

Get ready for mullets and Rubik’s Cubes, just to name a few iconic symbols of the era, as well as a trip down memory lane that includes a multitude of ’80s music.

Tickets are $7 general admission, $10 for reserved and $20 for premium reserved seats, and will be available to purchase online at www.gofan.co (enter Shelby County High School in the search) or at the door prior to the show.

“We are excited to offer our first daytime show open to the general public on April 18 at 11 a.m.,” theatre teacher Kathryn Andrews Myrick wrote. “This show will allow those who work in town, or who ordinarily cannot attend evening shows, to have the opportunity to be in our audience during the day.”

Saturday night is ’80s Night, and audience members are encouraged to dress in their best 80s attire.

Prizes will be awarded to the best dressed adult and best dressed child, so break out those parachute pants and leg warmers.

In addition to ’80s night, the bridge prop that is being used in the show will be auctioned off.

The prop is handmade with pressure-treated lumber, and would look great in yards that have a small creek nearby.

All proceeds go toward auditorium improvements and floor restoration, as the auditorium has not received renovations since 2000.

Directed byKathryn Andrews Myrick and choreographed by SCHS theatre alumna Maggie Stogner, the show promises to be a hysterical romp through the 1980s, while retelling one of Shakespeare’s most beloved comedies.