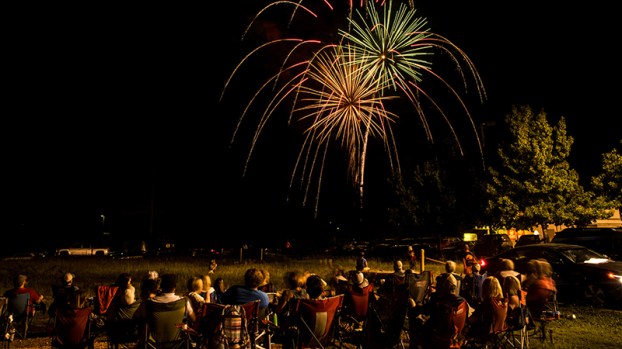 Alabaster will continue its Independence Day fireworks tradition in July, after council members voted to fund the show during an April 15 meeting. (Reporter Photo/Keith McCoy)

ALABASTER – The date for Alabaster’s Independence Day fireworks display has not yet been finalized, but the City Council voted to continue the yearly tradition during a recent meeting.

Council members voted during their April 15 meeting to pay a total of $10,400 to the Pyro Shows of Alabama company to put on the fireworks show from a vacant field off Alabama 119 behind the Publix shopping center.

City leaders said they are still finalizing the schedule for the event, and will release the information as the event draws closer.

In past years, the city has held the massive fireworks show on one of the days leading up to July 4, and the display typically begins shortly after sunset.

The display lasts about 15 minutes, and the local APH 99.9 radio station will broadcast music to accompany the fireworks aerial display.

This will mark the fifth year the city has produced the fireworks show off Alabama 119 after moving the annual display from Veterans Park several years ago.

Parking will be prohibited along state and county roads during the display, and the city encourages residents to view the show from the following areas:

PELHAM – The Pelham City Council appointed Robert “Bob” O’Neil to Place 1 on the Pelham Board of Education at... read more