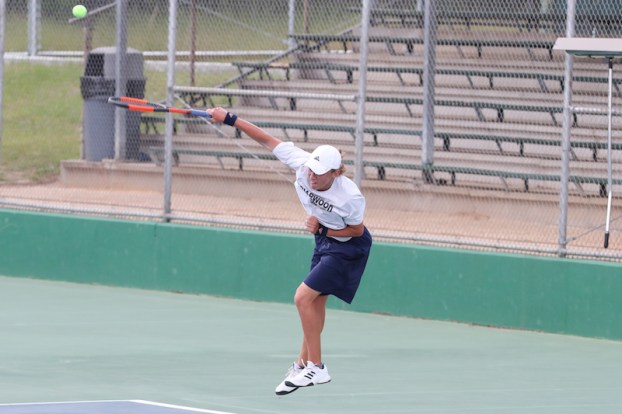 Briarwood’s boys and girls tennis teams will look to make a run at another state championship after winning five combined since 2013. (File)

NORTH SHELBY – Since 2013, the Briarwood boys and girls tennis teams have combined to win five state championships with the girls winning in 2013, 2015 and 2016, and the boys winning the last two years in a row.

Now, in 2018, both teams are yet again primed for a run to the state championship in the 6A classification as the boys look for their third in a row and the girls look for their fourth in the last seven years.

The boys have a great reason to feel confident after winning the section tournament on Tuesday, April 16, to cement their spot at the state tournament, as they finished off their second consecutive undefeated regular season.

The team’s only loss of the season came in the national Deco Turf Tournament in Chattanooga, Tennessee, which pits some of the best tennis teams across the country against one another.

Briarwood dropped a 7-2 matchup with Montverde Academy from Florida in the tournament, but also picked up victories against great teams such as DuPont Manual (KY) and Brookwood High School (GA).

While they won the B division of the tournament a year ago, the Lions competed in the more difficult A division this year and lost just that one game.

While that was impressive, the goal has always been a state championship, and this year, the Lions have to deal with the task of being bumped up to the 6A classification.

“A state championship is always our long-term goal, but we focus on our daily goal, and that is to work hard and get better every time we walk on the court,” said assistant coach Bill “Bubba” Bussey. “If we focus and execute that, the rest will take care of itself. We have young men who love tennis and work very hard at it, and put in a lot of hours to improve themselves on and off the court.”

Remarkably, the Lions dropped just a combined three games in there 11 matchups this season losing one to Spain Park in an 8-1 victory and two to Hoover in a 7-2 victory. Briarwood beat every other opponent by a perfect score of 9-0.

Led by sophomore Luke Wolf and junior captains John Wolf and Conner Coleman, the team is poised for another strong run at its third consecutive state championship.

For the girls, the regular season wasn’t quite as dominant, but it wasn’t far behind.

They took down Homewood, Opelika, Pell City, Shades Valley, Benjamin Russell, Oxford and Chelsea with the closest matchup being a 7-2 showdown with Chelsea. Their losses came to Hewitt-Trussville, Spain Park, Mountain Brook, Hoover and Northridge.

The losses to Hoover, Spain Park and Northridge were all by final scores of 5-4 in tight battles, while they lost to Hewitt by a final of 6-3.

The only one of those losses not to a 7A team was the matchup with Northridge, showing the Lions will be a tough out when it comes to the 6A state tournament.

Spain Park girls grab area win, one away from postseason

By ALEC ETHEREDGE | Sports Editor  TRUSSVILLE – For the second time this season, the No. 4 Spain Park girls’ soccer... read more