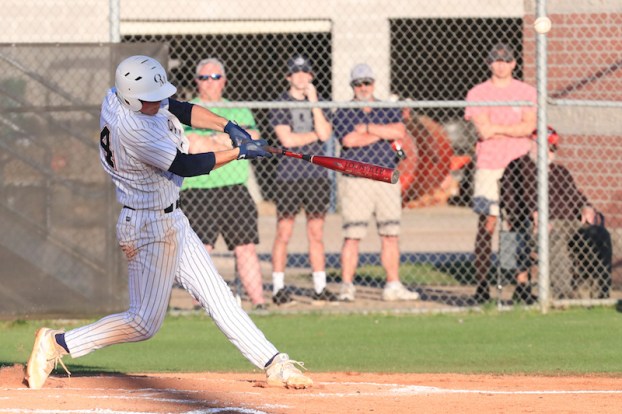 The Oak Mountain Eagles are playoff bound after sweeping the Tuscaloosa County Wildcats to earn the two seed out of Class 7A Area 5. (File)

TUSCALOOSA – Coming into Wednesday, April 17, the Oak Mountain Eagles were the only baseball team left in the county that controlled their own destiny when it comes to making the playoffs after beating Tuscaloosa County 5-4 a night earlier on a Ryan Reuse walk-off double in the bottom of the seventh.

With that walk-off victory, the Eagles needed just one more win to earn a spot in the playoffs, while they could also rely on a Thompson loss to Hoover on the same night. But a win was the only way to guarantee their spot in the postseason, as a Thompson win and Oak Mountain loss would’ve meant the Warriors advanced ahead of the Eagles.

This time around, Oak Mountain knew what was on the line and left no doubt on the field in a 6-0 win over Tuscaloosa County on the road. Thompson went on to lose to Hoover, so with the win the Eagles finished second in the area standings behind the Bucs by one game.

Oak Mountain totaled nine hits in the game and was fueled by a three-run fifth inning that put the Eagles up 5-0 at the time. They also got three RBIs from Jackson Kimbrell and one apiece from Caleb Ragland, Reuse and Drew Hill.

The Eagles struck first in the top of the opening inning thanks in large part to a double from Jake Rivers. He eventually advanced to third on a passed ball for Caleb Ragland, who hit a ground out to shortstop, but drove in Rivers for the 1-0 lead.

An inning later it was another double, this time from Hill, that extended the lead, as he drove in Reuse, put the Eagles on top 2-0.

The next two innings featured strong pitching, specifically from Hansen McCown for the Eagles, as Tuscloosa County had only put four baserunners aboard in the first four innings of the game.

That paved the way for Oak Mountain to take control of the game in the top of the fifth.

Following back-to-back singles from Rivers and Ragland, Kimbrell stepped to the plate and with one swing of the bat seemingly put the game away with a three-run homer to left field that put the Eagles up 5-0.

Tuscaloosa County put just three more baserunners aboard the rest of the way thanks to McCown closing out his complete-game on the mound. He allowed five hits and no runs while striking out six.

Oak Mountain added its sixth run in the top of the seventh as a final insurance run thanks to an RBI single from Reuse to put the final score of 6-0 on the board.

Rives ended the game 2-for-4 at the plate, while Fraser and Reuse also picked up two hits apiece. Kimbrell went 1-for-4, and that one hit being a homer made a big difference. Hill finished the game 1-for-2 with an RBI.

The Eagles played one more game against Tuscaloosa County to close out a three-game series, and got even more dominant of an effort to close out area play with a sweep of the Wildcats.

In the second game, Oak Mountain used 10 hits and runs in the first five innings to pull off an 11-0 shutout in a shortened mercy-rule win.

In the first round of the playoffs, the Eagles will start off with a bang drawing the winner of Class 7A Area 6 in the first round due to finishing second in the area, which this season will be the Hewitt-Trussville Huskies, who finished first in the area thanks to a 5-1 record.

The Huskies are 29-6 overall this season, and while the two haven’t met this season, they will bring a combined record of 57-13 into their matchup, making the winner of the series a legitimate championship contender.

By ALEC ETHEREDGE | Sports Editor NORTH SHELBY – Since 2013, the Briarwood boys and girls tennis teams have combined to... read more