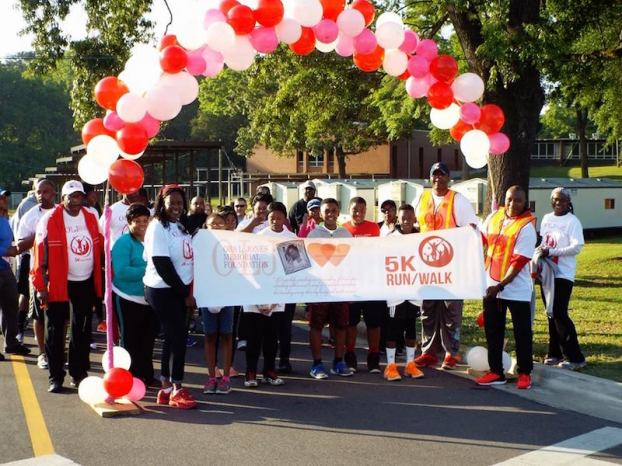 The scholarship fundraising goal for this year’s Ora L. Jones Memorial 5K Walk and Run on May 11 is $10,000. (Contributed)

MONTEVALLO – This year’s Ora L. Jones Memorial 5K Walk and Run has another number—and a lofty goal—attached to it.

The event, named for the late Ora Lee Jones of Montevallo, is an annual fundraiser for the OLJ Foundation, which awards scholarships to students from Shelby and surrounding counties.

“Our goal for this year is $10,000; hence, we named it the OLJ 5K for 10K,” wrote Mike Jones, one of Ora’s sons who, with his six siblings, formed the foundation in her honor. “With the cost of college continuing to rise, we would like to make this contribution to make it easier for students. Through the generosity of many we have been blessed to give $40,000 in scholarships since the foundation’s origin in 2012.”

Mike Jones called his mother a “champion for children throughout the community.”

She was employed at the University of Montevallo, was the First Lady of Mount Olive Missionary Baptist Church in Wilton for 36 years and was president of the Lillie Star District Association.

“Not only was she a devoted wife, loving mother and grandmother, she was a community builder,” Jones wrote. “She was determined to make an indelible impact upon all individuals through acts of kindness to her community.”

Jones said it is a joy for his family to see people participate in the OLJ 5K and donate to the OLJ Foundation.

“To see people from various cultures and backgrounds coming together in the community for a common cause is what she was all about,” Jones said. “She would be tickled pink to know that although she never went to college, numerous students are being supported with scholarships made possible in her honor. It’s quite heartwarming to know that although she is physically gone, her spirit still speaks, and her work still continues.”

The family’s goal is for the foundation to once again name 10 scholarship winners.

The majority of the recipients have been Shelby County residents, but Jones said winners from Jefferson, Chilton and Bibb counties have been chosen, too.

“One of the unique characteristics of an OLJ scholar is their willingness to one day use their education to pay it forward and make a difference in the community which they all describe in a required essay,” Jones said.

Early-bird registration is $15 through April 26.

To register for the race, donate to the scholarships or for more information, go to Orajonesfoundation.org.