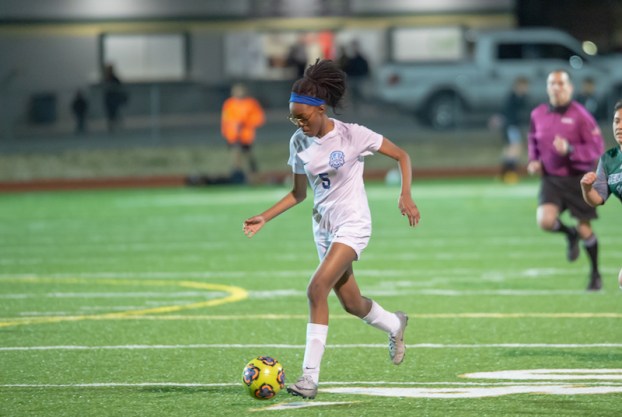 The Calera Eagles finished area play a perfect 4-0 to claim the 2019 Class 6A Area 6 champions following a 6-0 shutout of Wetumpka. (Contributed)

CALERA – For the second time this season, the Calera Eagles shut out the Wetumpka Indians on the pitch, but the 6-0 shutout on Monday, April 22, which mirrored the first matchup’s score, was for the area championship, giving the Eagles the title and home-field advantage in the opening round of the playoffs.

With the victory, Calera finished off area play a perfect 6-0 taking down Wetumpka and Stanhope Elmore by a combined 18-0 in their four area matchups.

Calera got the scoring started when senior Katie Scott Troy buried a shot in the back of the net thanks to a cross from senior teammate Gracie Davis.

While senior night was a week earlier, the delayed area game gave the senior duo one last regular-season home game to flash their skills and they didn’t disappoint.

Shortly after, Scott picked up her second goal of the game thanks to an assist from a young up-and-coming freshman in Destiny Lee.

Scott’s two goals helped play a part in the dominant victory, while fellow senior teammate Zoe Guzman posted a hat trick, which included a penalty kick in the second half.

Those five combined goals between the two seniors were more than enough to help pull away for the win, but sophomore Daniela Guzman also got in on the action.

Outside of the box from more than 20 yards, Guzman found a slot and fired a shot that found the upper 90 to add a sixth goal for the Eagles, which concluded all of the scoring in the 6-0 shutout.

It marked one of the best offensive showings for the Eagles throughout the season, and one that has the team ready for a hopeful push in the postseason.

The win closed out the regular season on the high note for several of the team’s seniors, who have set the stage for a team that continues to grow.