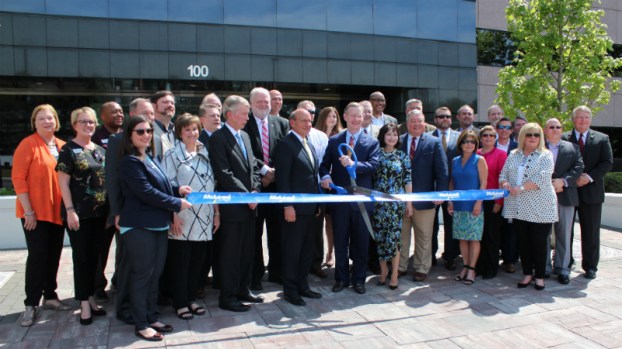 Officials with McLeod Software, the city of Hoover, Shelby County and the state of Alabama hold a ribbon cutting ceremony on Tuesday, April 23, at the company’s new headquarters in the Meadow Brook Corporate Park. (CONTRIBUTED) 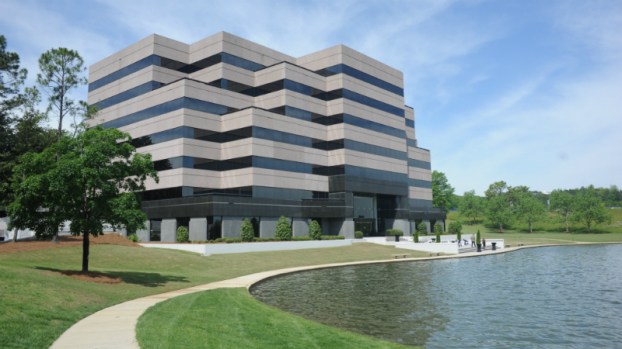 McLeod Software was founded in 1985 and is now headquartered at Meadow Brook Corporate Park. (FILE) 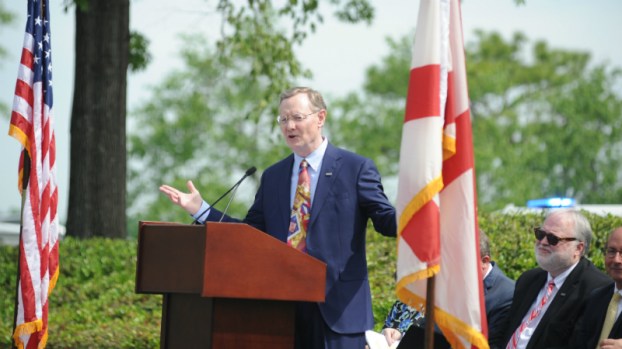 HOOVER – City, Shelby County and Alabama officials gathered on Tuesday, April 23, to celebrate the grand opening of a business that has been recognized as the largest employer of software developers in the Birmingham-Hoover Metro Area.

McLeod Software’s relocation to the Meadow Brook Corporate Park represents a $21 million investment. The company employs 388 people, and that number is expected to grow to about 700 employees by 2022.

McLeod thanked God, his wife and the McLeod staff, among others, for the company’s success.

“We’ve been blessed through our customers; they’ve kept us pointed in the right direction,” he said and noted that McLeod Software started in 1985 and grew to 35 employees by 1995, and 140 in 2010. “I don’t have a growth goal, some number that we want to hit. What we want to do is meet the opportunity that is there for us.”
McLeod is an industry leader in software for trucking dispatch operations management, freight brokerage management, fleet management, document imaging, work flow, EDI and business process automation solutions for trucking, freight brokerage, third party logistics and shipper companies.

With an established base of more than 950 active customers throughout North America, McLeod Software operates regional offices with training facilities in Salt Lake City, Utah, and Chicago, Illinois.

Hoover will serve as the company’s headquartering location.

After Tom McLeod’s remarks, Alabama Secretary of Commerce Greg Canfield said McLeod Software is an example of the growth in the state of tech companies.

Hoover Mayor Frank V. Brocato said economic development is critical to the future of the city.

“We realize our most important asset is our people, our talent,” Dudchock said.

Mark Hughes, vice president and general counsel for McLeod Software, said moving into the 143,000-square-foot facility required what is called “agile development,” meaning strategies had to be adjusted along the way depending on realities discovered in the process.

McLeod occupies about two-thirds of the building, with six tenants filling the rest of the space, Hughes said.