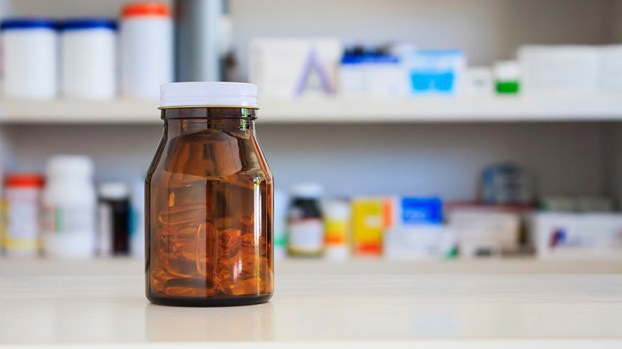 Kacie White and Anthony Brooklere recently joined more than 200 pharmacists from 15 states at the 34th annual meeting of the American Pharmacy Cooperative, Inc. The conference, held in Nashville in March, is considered an industry leader and is designed to equip independent pharmacists with the professional education and tools they need to better serve their patients.

Brooklere, owner of Brooklere Pharmacy in Alabaster, Adamsville and Sumiton, was one of the founders of APCI and serves as an ex officio board member. White is the owner of Cowart Drug Company in Calera.

“Independent locally-owned pharmacies are vital to our communities, and we are proud that patient-focused pharmacists like Kacie White and Anthony Brooklere are part of APCI,” said Tim Hamrick, CEO of the cooperative. “We are convinced that local pharmacists serve patients best, like no big-box chain can.  APCI offers the necessary training, tools, products and supportive services to equip community-based pharmacists to take the best possible care of those who depend on them.”

White knew she wanted to be a pharmacist since she was in the fourth grade, when she walked into Cowart Drug Company and told the former owner, Theresa Harris, that she wanted to work there. Harris told her to come back when she was 15. White did and has worked there ever since – a total of 17 years. She bought the pharmacy from Harris five years ago and is the fourth owner in its nearly 100-year history. White is a 2005 graduate of Calera High School and received her undergraduate degree in cell and molecular biology at Troy University. She earned a Doctor of Pharmacy degree from Samford University.

“Our patients are like family to us, so we always go the extra mile to give them the very best care,” White said.

A pharmacist for 60 years, Brooklere earned his pharmacy degree at Auburn University. After working in several community pharmacies, he purchased College Hill Drugs in Birmingham in January 1968. In November of the same year, he opened Brooklere Pharmacy in Forestdale and acquired Adamsville Pharmacy in July 1986. These two pharmacies merged in March 2003 into a new building in Adamsville. He opened the Alabaster store in 2010 and the Sumiton location in 2015. Brooklere is an Auburn University Distinguished Alumni, past president of the Alabama Pharmacy Association and was inducted into the Alabama Pharmacy Hall of Fame and the Alabama Health Care Hall of Fame. He is a past recipient of the Bowl of Hygeia Award, which is presented by the American Pharmacy Association and recognizes pharmacists who possess outstanding records of civic leadership in their communities. He is Mayor Pro Tem of Adamsville and a 57-year member of the Lions Club.

“We know that trust is essential when it comes to patient care, and that’s a commitment we take very seriously,” Brooklere said.

Founded in 1984, APCI is the market leader in independent pharmacy associations and serves more than 1,600 members in 23 states. The 2019 annual meeting, held at the Opryland Hotel in Nashville, offered continuing education courses for pharmacists and pharmacy technicians, as well as training on technology advancements, operations trends and pharmacy techniques.

By NEAL WAGNER / Managing Editor ALABASTER – Those looking to get some good deals, or folks looking to do... read more