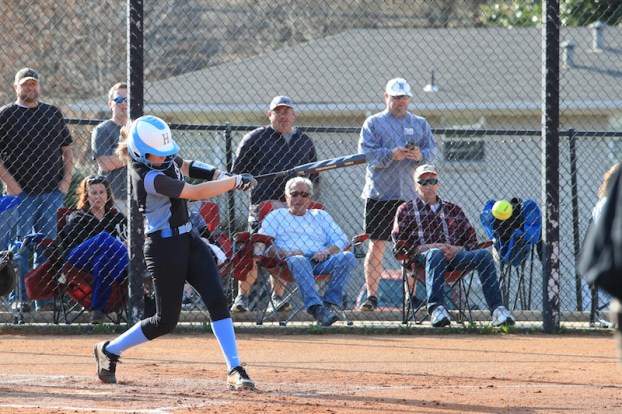 Helena erased a 6-1 deficit to comeback to defeat Moody 7-6 on a walk-off base hit on Monday, April 22. (File)

Walk-off base hit lifts Helena to comeback win over Moody

HELENA – In the final regular season game at home, the Helena Huskies’ softball team clawed back from a five-run deficit to eventually defeat Moody 7-6 on Monday, April 22, thanks to a walk-off base hit by Emily Crowe in the bottom of the seventh inning.

Moody jumped on Helena early in the first inning, plating four runs on four hits including two singles and two doubles after a leadoff walk.

Trailing 4-0, Helena put one run on the board in the bottom of the first inning to cut the deficit to 4-1.

Moody extended its lead in the next inning largely because of Helena miscues. The Huskies committed two errors which resulted in two runs scoring on a single and a line out to make it 6-1.

Moving to the bottom of the third inning, the start of Helena’s comeback began with a two-out rally. Megan Fortson started the rally with an RBI double to score Haley Morris to make it 6-2, followed by an RBI single by Lexie Bullock and lastly, an RBI double by Torie White to cut Moody’s lead to 6-4.

Helena tied the game in the following inning when Peyton Wilkins came through with another clutch two-out hit. Peyton Wilkins hit a line drive single to center field to score both Julia Wilkins and Chaney Handley bringing the game to a 6-6 tie.

With neither team scoring in the fifth or sixth innings, Helena came to bat in the bottom of the seventh inning with a chance to win the game.

After a leadoff walk, Kelsi Bargman hit a sacrifice bunt to advance White to second base with one out.

Crowe stepped in the batter’s box next and proceeded to hit a walk-off RBI double to score White, giving the Huskies an exciting 7-6 win.

Wilkins and Bullock both led Helena at the plate with two RBIs apiece, while Handley and Crowe each finished with two hits.

Helena pitcher Avery Barnett entered the game in the top of the third inning and threw five scoreless innings while striking out three in a solid relief effort to get the win.

By GRAHAM BROOKS / Staff Writer TUSCALOOSA – For the first time in two years, the Helena Huskies will not... read more