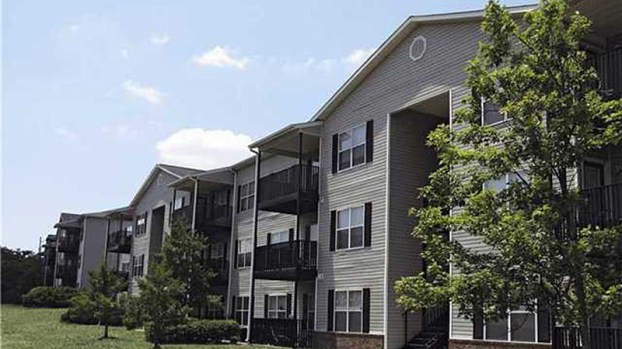 ALABASTER – The Alabaster Fire Department has deemed all buildings at the Wellington Manor apartment complex are safe for occupancy after more than 300 units were deemed fire hazards in early March. A class-action lawsuit filed against the complex’s management company by several residents is still pending in Jefferson County Circuit Court.

The AFD finalized issuing the occupancy certificates on April 12, a little more than a month after the department issued 312 orders to evacuate following a March 5 inspection of all of the apartment complex’s units.

The AFD and the Alabama Fire Marshal’s Office issued the evacuation orders after conducting walk-throughs following up on an inspection company’s report alleging fire code violations.

The AFD began inspecting units in the 18-building apartment complex near the intersection of Shelby County 11 and Shelby County 68 at 8 a.m., and issued 312 notices to vacate after discovering 2,375 defective sprinkler heads, 39 defective smoke detectors and “various other issues with systems and construction,” according to Alabaster Fire Chief Tim Love.

After verifying the fire code infractions, the AFD distributed orders to vacate to the affected apartment units.

The day the evacuation orders were issued, Love said it was up to each resident to make the decision they felt was best for their safety. The apartment complex remained largely occupied despite the code violations.

After the evacuation orders were issued, crews began working to correct the issues discovered by the AFD at the apartment complex, and occupancy certificates were gradually re-issued for each building as the department signed off on the repairs.

A few weeks after the notices to vacate were issued, several Wellington residents filed a class-action lawsuit against the apartment complex’s management company, claiming Wellington’s owners knew about the fire code violations in October 2018, and “refused to make the apartments safe and habitable.”

“Wellington rolled the dice with tenants’ lives, hoping that it would be able to consummate a sale before a fire killed any tenants or the fire marshal forced it to spend the money needed to make the apartments safe and habitable,” read the residents’ complaint.

The lawsuit seeks monetary damages from the defendants “in an amount that would be just and proper under the circumstances.”

As of April 25, phone and social media messages left with the apartment complex had not been returned.

By ALEC ETHEREDGE | Sports Editor MOBILE – At the conclusion of the 2018 AHSAA State Tennis Tournament, the Briarwood boys’... read more