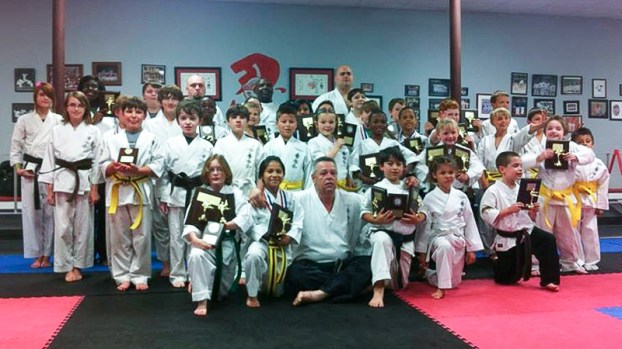 ALABASTER – Locals are sharing fond memories of a popular Alabaster karate instructor after he died unexpectedly on April 23, and many have donated to help cover his funeral expenses.

Renchi Louis Fredrick, who operated Frederick’s Karate and Fitness in the Publix shopping center off Alabama 119, had been active in karate since the mid-1980s, and achieved his brown belt under the direction of his late father, Lewis J. Frederick Sr.

After his father died, Fredrick became involved with the International Karate Foundation under Renchi Doris Nichols, and then later under Sensei Ray Nichols. Fredrick was a certified IKF karate instructor and a certified kickboxing aerobics instructor, and was the former head of security at The Wynfrey Hotel in Hoover.

Following Fredrick’s sudden death, locals flocked to support the family’s request for donations to cover his funeral expenses, and had raised more than $7,577 of the $9,000 goal as of April 25, which was one day after the fundraiser went live.

The Fredrick family is holding a gathering at Fredrick’s Karate from 6-8 p.m. on Friday, April 26, for those whose lives were impacted by the longtime karate instructor.

Fredrick provided karate lessons to generations of local youth, and was regularly involved in the city’s schools during his many years as an instructor.

Following his death, locals took to social media to express condolences to the family and share memories of their involvement with Fredrick.

“So very sad to hear this and please know we are praying for your family,” Alabaster resident Holly Hayes wrote on the dojo’s Facebook page. “He was a very kind and great man and he will be so missed.”

“So sorry to hear this. He was such a nice man and my son really respected him even though we were in his class for a short time,” wrote Penny Rozell.

“Renchi Fredrick will always have a special place in my heart. He was always so kind to me and so patient with my weak karate skills,” wrote Wanda Denice. “His gentle encouragement pushed me to achieve more than I ever thought I could! And, our weekly walk across Center Point Parkway for Whataburger and a chat after class was a memory I will forever cherish.”

As of April 25, funeral arrangements had not been finalized. To donate to Fredrick’s funeral expenses, visit facebook.com/donate/283014142639903/.

CHELSEA – Though patrons have been enjoying the food at the new Cajun Boys & Our Poboys location in Chelsea... read more