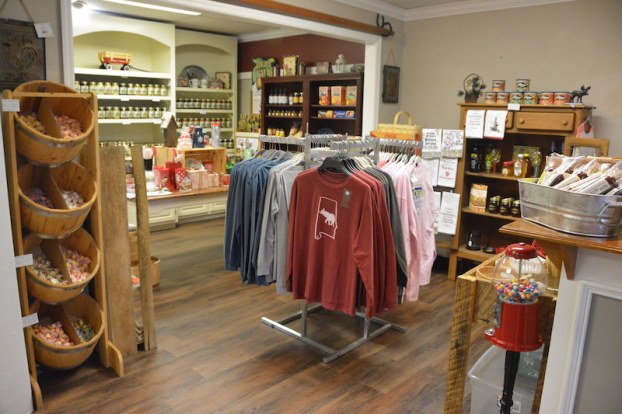 COLUMBIANA – Residents listened to updates on city projects and local businesses at Columbiana’s quarterly Mayor’s Breakfast on April 17 at the Columbiana Senior Center.

Mayor Stancil Handley talked about progress being made at the new Shelby County Arts Center at Old Mill Square and the Springs Crossing subdivision.

“For over 20 years, we’ve tried to get houses built at the intersection of (Shelby County) 26 and (Alabama) 70,” he said. “We were determined to shed the builder-unfriendly image, and it’s worked out.”

Handley said the Smith Douglas Homes subdivision contains 135 lots on which 35 homes will be built in three phases.

The model home and several other homes have been completed.

The arts center is slated to open in August.

“They are two weeks ahead on the interior and right on schedule for the roof,” Handley said, adding work on the grounds has been delayed lately because of rainy weather.

In other city news, Golden City restaurant recently opened in the former China Yan space, and Masters General Store is expanding to another storefront on Main Street.

Masters General Store owner Anna Masters said the soap-making part of the business will remain at the original location on Mildred Street, next to the Shelby County Arts Council, and everything else will move to the new location on Main Street.

By GRAHAM BROOKS / Staff Writer HELENA – Any child who enjoys being in the spotlight, likes to sing or... read more