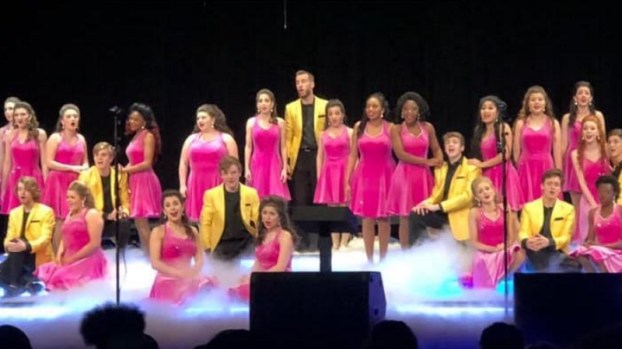 Chelsea High School’s Out of the Blue vocal ensemble was nominated in the 2019 National Fame Aspire Awards. (CONTRIBUTED)

‘Out of the Blue’ and director nominated for national awards

CHELSEA – Chelsea High School’s vocal ensemble and its director are the only Alabama representatives to be nominated for the 2019 National Fame Aspire Awards.

In 2018, they were honored to have placed Overall 4th Runner Up in finals at the 2018 Heart of America’s Nashville national competition.

This year, they competed in Mississippi and Alabama, placing in the top five at Jackson Prep (Mississippi) and Albertville, and completely sweeping their division winning first place at Purvis (Mississippi) and Jasper, scoring them into finals at both events.

OOTB is under the direction of Dick, with choreography and show design by Dallas J. Pritt, assistance from Erin Wallace, musical arrangements by Nick Brockamp and costume design by Randall S. Lanoue.

This year’s show was about appreciating where you come from and valuing what we call home, as they remembered 2018 graduate and member, Nya Hodoh, who was taken to her “new home” too soon.

Auditions for the 2019-2020 group will be held on Saturday, May 11, at Chelsea High School, as the group is excited for what lies ahead of them as a team.