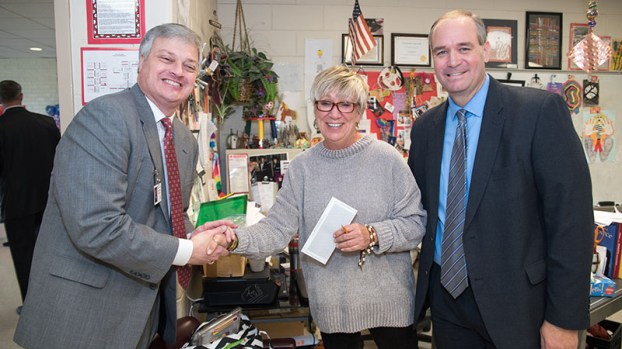 ALABASTER – The superintendent of the Alabaster City School System now has a longer contract, and likely will see a raise through the state, after the city’s Board of Education voted during a recent special-called meeting to approve the contract extension.

During an April 25 special-called meeting, School Board members voted to add one year to the end of School Superintendent Dr. Wayne Vickers’ contract, bringing his total contract length to five years.

The School Board has taken similar actions each of the past several years to ensure Vickers’ contract remains at a total of five years. Last year, School Board members also voted to give Vickers a 2-percent local raise on his then-$180,250 salary, in addition to state raises approved by the Alabama Legislature during its 2018 season.

This year, Vickers will receive any education raise approved by the state Legislature, but will not receive an additional locally funded raise.

The new contract came after the School Board conducted a performance review for Vickers, which returned a highly positive result.

After voting on the contract extension, School Board members praised the work Vickers has done since coming to Alabaster from Saraland in 2013.

“Dr. Vickers has done a wonderful job of working to fulfill our combined vision for our system. He has been innovative in his approach, and I think the results reflect that,” said Alabaster School Board President Adam Moseley. “I am so proud of where we are academically, as well as our facilities and extracurricular programs.”

Vickers said he has a vested interest in the community, and thanked BOE members for their support.

“I try my best to do the best I can for our school system,” Vickers told School Board members. “We live here, and my kids have gone through the schools here. I do appreciate the positive affirmation.”