Maximo Sanchez said he has the things in life that matter the most like a good marriage, family and health.

“It’s good,” Sanchez, the oldest of six, said of their life in the United States.

Married for the past 51 years, the Sanchezes migrated to the United States from Panama in 1994 when his career with International Telephone & Telegraph ended after 31 years. 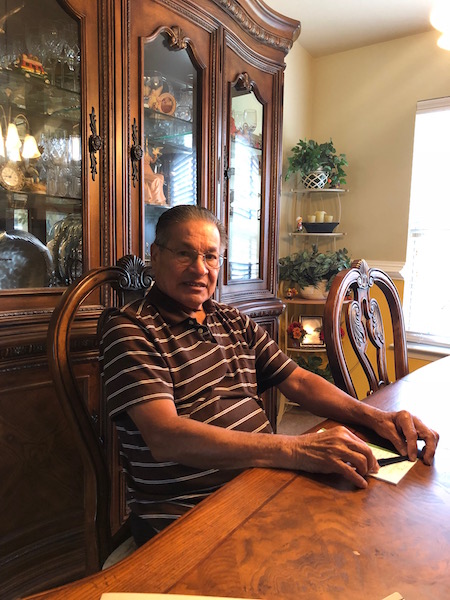 Maximo Sanchez is active at local senior centers and his church, Church of the Highlands. (Contributed)

“We were very careful as we worked. The job was dangerous at times because it involved working with electricity,” Maximo said.

The Sanchezes decided to join their daughter, who was already an Alabama resident.

Maximo said he is grateful for having access to quality health care and to be able to live in a society that deals with less corruption.

He has been a member of the Alabaster Senior Center for the past six years, but is no stranger at the Pelham Senior Center, especially on Thursdays.

He looks forward to playing card games like bingo and participating in the exercise class.

He especially looks forward to attending concerts and other events in the community that are available through the centers.

“I like the people and I get knowledge,” Maximo said.

Since becoming a regular at both facilities, Maximo has earned a reputation of being extremely helpful and courteous, especially to those who come to the center in wheelchairs and have other physical disabilities.

Maximo is committed to serving others in any way that he possibly can.

A member of the Church of the Highlands for the past four years and previously Riverchase Highlands for several years, he is active in the ministry division.

He has volunteered with the Highlands Outreach Serve Team on home improvement projects such as repairs, cleanups and similar tasks.

Maximo is also a supporter of Backpack Buddies and helps out occasionally.

Maximo has earned 3,987 hours and has been a member of RSVP since 2011. He has earned the Presidential Volunteer Award.