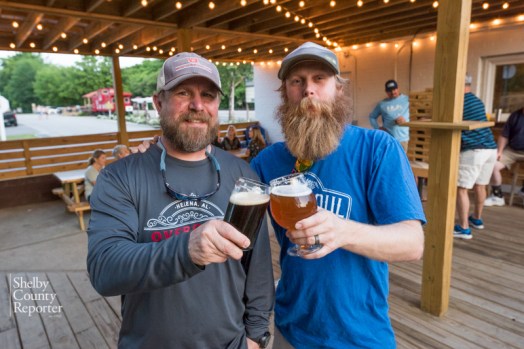 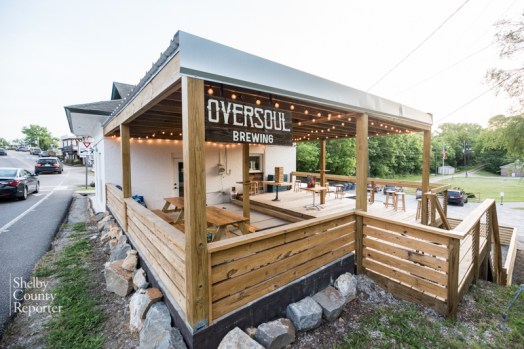 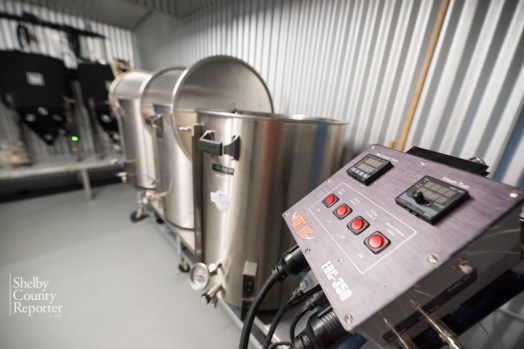 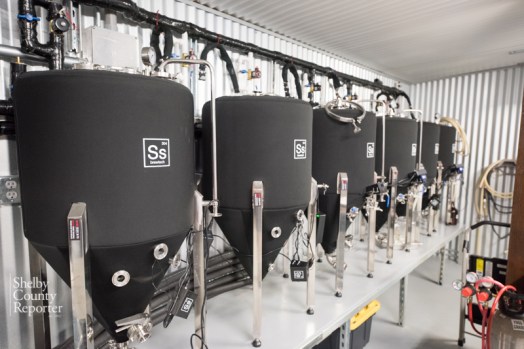 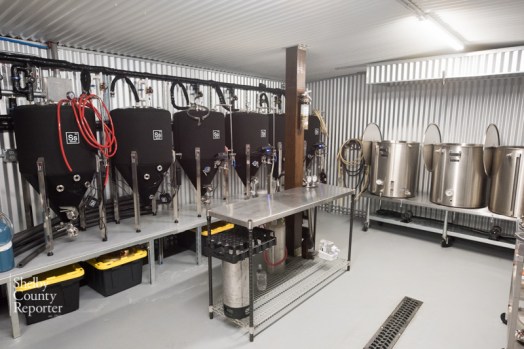 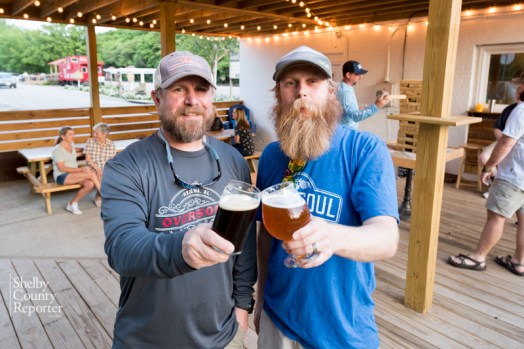 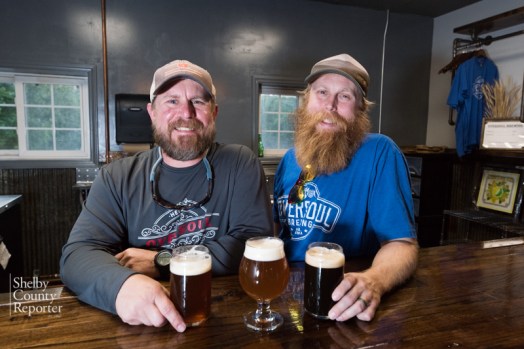 HELENA – A new local brewery that plans to be a fun gathering place for friends, families, craft beer lovers and more is almost ready to tap its kegs and make the first pours in the heart of Old Town Helena.

Oversoul Brewing, owned by brothers Jason and Scott Pruitt, have spent more than a year juggling their time between working their day jobs, making additions to the brewery and brewing beer in preparation for the opening.

What started out as a passion for craft beer several years ago transformed into an opportunity to open a brewery, and starting this weekend, Jason and Scott will be able to share their beer with the Helena community and beyond at the brewery located at 4161 Helena Road.

“We started brewing around 2006 with a group of us that worked together at a local outdoor store,” Jason Pruitt said. “We traveled and camped together, and we found some cool breweries and better beer outside of Alabama, and we decided to give it a shot to brew our own.”

After brewing a few batches, the hobby eventually evolved to brewing beer in a garage and not long after, the brothers started a nanobrewery project.

After playing with different beers and expanding flavors, the Pruitts noticed nanobreweries were popping up in several places across the country. After seeing this, the brothers realized they could fund and build a small brewery on their own and bring something new to Helena.

“We decided we wanted to do local beer at a local spot,” Jason Pruitt said. “I felt the great need in this city to have something. In the Old Town area, when I came through here, I just got a vibe that a brewery would do awesome here. The location, the scenery and this spot just screamed a craft beer bar or brewery needs to be here.”

After looking at several options for the brewery location, Jason and Scott jumped on the opportunity to rent the historic building directly across from the Helena Caboose near the Helena Amphitheater. Going back several decades, the building has served as the city’s telephone switch house, a holding jail and most recently, a barbecue restaurant.

After acquiring the building, Jason and Scott got to work transforming the space inside and out. The brewery consists of space for seating inside, but to expand the square footage, the brothers built a covered deck, stairs and a courtyard seating area below the stairs to accommodate more customers and take advantage of the surrounding scenery.

“We have to have space for people, and we built a deck knowing we’d be able to catch this view of the creek and the park,” Jason Pruitt said. “Our idea is that we wanted to build a family atmosphere and we wanted to build a space for people to just come and hang out. We don’t necessarily want you to just come drink a beer and leave, we want you to come drink a few, sit on the patio and be able to enjoy yourself and the park in general.”

As for the actual beer, Oversoul Brewing will offer four core beers on tap that includes the flagship beer, the “Buck Creek Brown Ale,” which is an American brown ale brewed with fresh blackberries, the “House IPA,” described as a west coast style IPA with light hops, the “Pale Ale,” that is caramel in color and light in hops and the “$2 Pistol Porter,” that was named in memory of one of the Pruitts’ good friends, Chris Porter, and is described as a whisky porter. As the business grows, Oversoul hopes to offer other IPAs and will rotate seasonal beers based on demand and availability.

In addition to the beer, Oversoul will add some acoustic music on the patio and plan to allow outside food and dogs to add to the brewery’s atmosphere.

“We’re pretty music-oriented people, so we plan to do that as much as possible and contribute to events that go on here in the park music-wise,” Jason Pruitt said. “Our dream is to just incorporate us into the park and the area. We have a deal with The Depot for food access and we do allow food. We’ll accept call-in orders and we plan to run a food truck whenever we can. As far as dogs, they’ll be allowed, but obviously we just ask people to be respectful and have them on a leash and pick up after them.”

Oversoul Brewing plans to open on Friday, May 10, at the start of the annual Buck Creek Festival at 5 p.m. The brewery also plans to open around 1 p.m. on Saturday, May 11, during the festival.

For the first few weeks, Oversoul plans to be open just weekends to keep up with demands and will expand the hours of operation as time goes on.

As far as the name, Jason and Scott came up with Oversoul Brewing because of how beer tends to bring people and communities together.

“Oversoul is the spirit that connects every living thing, from plants to people, and it’s the spirit that runs through all of us,” Jason Pruitt said. “It’s the connection I get from beer because it starts out as malt, grains and hops and that’s all blended and becomes a product that brings people together. To me, that’s the Oversoul connection.”

For more information on Oversoul Brewing including updates and more, visit Facebook.com/OversoulBrewing/.