One airlifted after vehicle crashes into Greg’s Golf 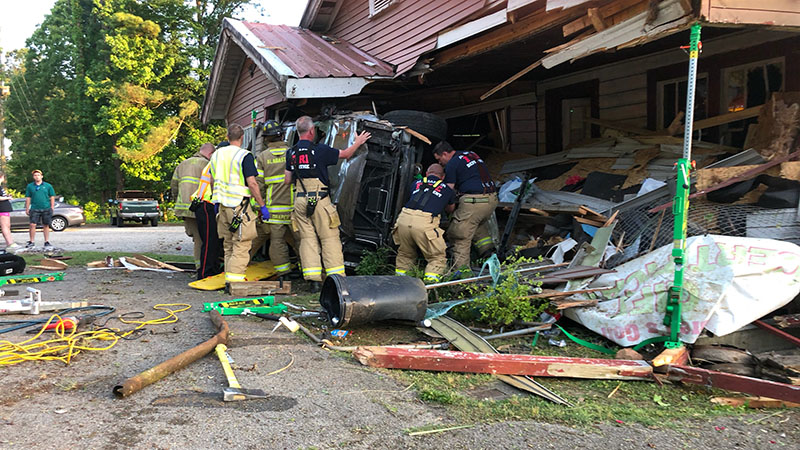 Alabaster firefighters work to extricate a victim from a vehicle after it crashed into the front of Greg’s Golf off Alabama 119 on the evening of May 5. (Contributed/AFD)

ALABASTER – One person was airlifted with serious injuries after the vehicle they were driving left the roadway and crashed into a popular golf driving range in Alabaster on the evening of May 5.

The crash happened shortly before 7 p.m. when the vehicle crashed into the front of Greg’s Golf off Alabama 119 near the southern end of Alabaster, according to Alabaster Fire Chief Tim Love.

The building also serves as a residence, but nobody was inside when the vehicle struck it.

Three AFD engine companies responded to the scene, and when they arrived they had to use jacks to stabilize the building in order to safely extricate the victim, who was conscious at the scene, from the vehicle.

Firefighters then transported the victim to a Life Saver helicopter to be airlifted to the UAB Hospital Trauma Center, where the victim was treated for non-life-threatening injuries.

As of May 6, the cause of the crash was still under investigation.