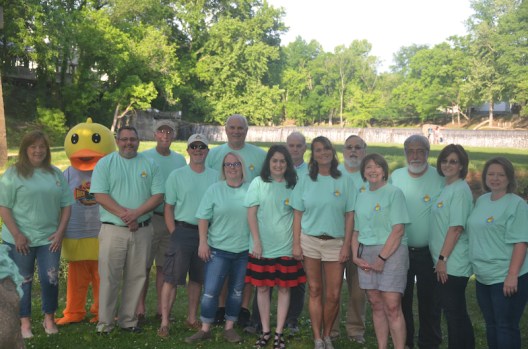 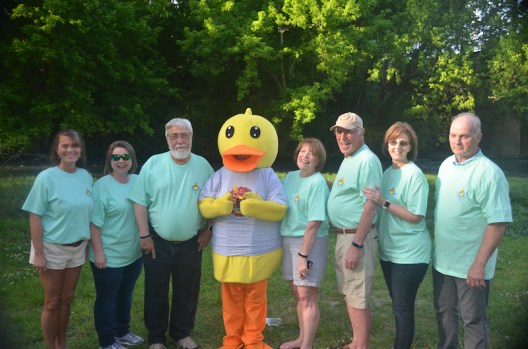 Since 2002, Helena’s amphitheater park and the banks of Buck Creek have become a focal point for one of the most popular festivals in Shelby County during the second weekend in May.

While the festival is undoubtedly one of the most family-friendly and fun events in Helena, it also requires hours of work behind the scenes in the months leading up to the festival by the committee.

The committee provided an update on the future of the current committee and festival moving forward.

“This will be our 18th year and the core committee group has been the same since inception,” read a statement from the committee. “We have tried over the last several years to recruit new volunteers that would be able to take over the key management of the festival and allow the current board to retire. That effort has not been successful. The Buck Creek Festival is something that has been a labor of love for all that are involved and so after much deliberation, the committee has decided that we are going to end the festival at the end of this year’s event. We are grateful for all the support our sponsors, vendors and community have provided to us during the history of the festival which has allowed us to give back more than $297,000 to the charities and non-profits associated with the event. We have truly appreciated the friendships that we have made along the way and the stories that we can tell through all of the ups and downs and ‘it’s only going to rain for 15 more minutes’ laughs that have been created through this adventure.”

While the current committee said they will be finished at the conclusion of the 2019 Buck Creek Festival, Helena Mayor Mark Hall said the plan is to continue the tradition of a festival with the formation of a new committee.

“I can’t say enough about the hard work that all the volunteers put forth to put on one of the best events in our state each year, the Buck Creek Festival,” Hall said. “These volunteers work tirelessly each year to provide a fun and family friendly event that draws thousands of people from all over the metro area to Old Town for the event. The group is responsible for giving thousands of dollars back to community groups and even provide scholarships to several students each year from Helena High. Thank you for all you have done to make this event a huge success each year. The committee has informed us that they will be retiring as the festival organizers this year and this will be their last festival as such. I really hate to see the group of great people retire but totally understand their position in doing so. Your commitment and service to this community will never be forgotten. With that said, I am happy to report that a new committee is being formed, after several of our community volunteers and business people have committed their time and efforts to reorganize and keep the festival going. There will still be great entertainment and the famous rubber duck race while continuing to raise money for local charities and community groups. We will have more on this after the current festival concludes and the new committee starts work in the off season for next year’s event.”

The 18th annual Buck Creek Festival runs from 6-10 p.m. on Friday, May 10, and from 10 a.m. to 10 p.m. on Saturday, May 11, at the Helena Amphitheater and current committee members want as much support from the community as possible.

“It is our understanding that a new committee is being formed to continue the tradition of a festival in Helena,” read a statement from the committee. “We look forward to hearing more news about that event as their plans develop during the summer months. In the meantime, we hope you make plans to come see us this weekend and have the best retirement party the festival can throw and go out on top with a big quack!”

For more information on the Buck Creek Festival, visit Buckcreekfestival.com.