COLUMBIANA – A 52-year-old Alabaster man who is facing allegations he sexually abused an underage victim over a several-year period has asked a Shelby County District Court judge to lower his $85,000 bond to allow him to be released from the Shelby County Jail pending his trial. 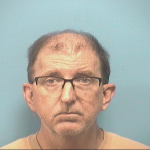 The charges came as the result of an APD investigation beginning on Jan. 27, when the Alabaster Police Department responded to a report of sexual abuse involving a juvenile.

According to Kinsey’s arrest documents, the incidents occurred multiple times between Jan. 10, 2010, and Jan. 1, 2015, and began when the victim was 8 years old. Kinsey’s rape charge came as the result of a June 20, 2003, incident, according to court documents.

Kinsey was booked into the Shelby County Jail on Feb. 12, and has been there on bonds totaling $85,000 since then.

In the bond reduction request, Kinsey’s attorney claimed Kinsey and his family are financially unable to pay the $85,000 bond, and claimed the bond amount is “inappropriately and unconstitutionally high.

“Given the defendant’s age, residence, employment, financial condition, background, family ties and relationships, lack of a significant prior criminal record and reliability as vouched by responsible members of the community, as well as the nature of the alleged offense, it’s monetary cost and the lack of a weapon, violence or threat against any alleged victim and/or witnesses, and the probability of conviction and likely sentence including the lack of any enhancement statutes, this amount of bond is constitutionally unreasonable and is the equivalent of having no bond set in this matter,” read the bond reduction request.

Prosecutors have opposed the bond reduction, and the matter is set for a hearing in front of Judge Daniel Crowson on May 23 at 8:30 a.m.