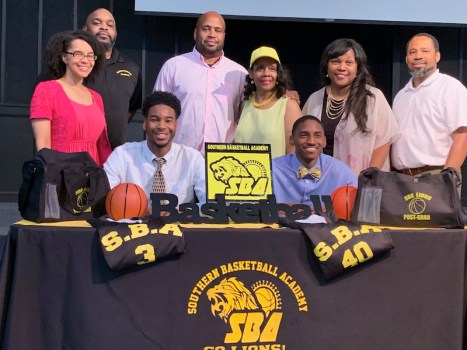 Kingwood had five athletes sign to continue playing sports at the next level on Monday, May 6, after successful careers with the Lions. (Contributed) 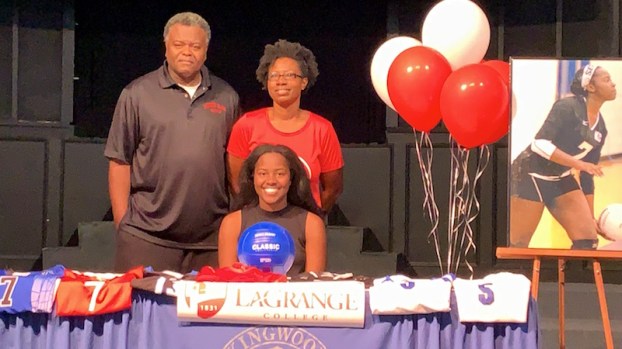 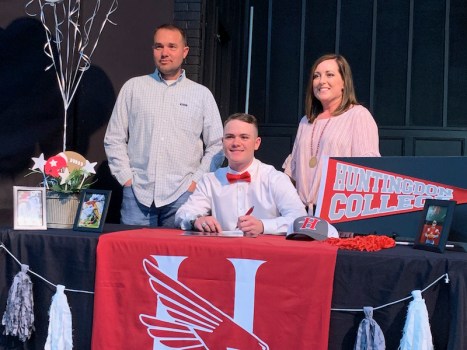 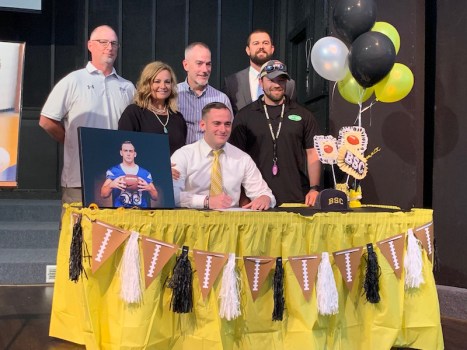 ALABASTER – It was a special day at Kingwood Christian School on Monday, May 6, as five different student athletes from the school signed scholarship offers to continue playing sports at the next level.

Kirsten Boyd, Devin Ervin, Miles Clay, Peyton Long and Jayton Denard all sat in front of family, friends and teachers, when they signed on the dotted line in an exciting ceremony.

The five athletes left a legacy with the Lions, but will now move on looking to add to their special stories at the next level.

Boyd, a volleyball player at Kingwood, signed to Lagrange College and was the only female athlete of the five signees.

In her time with the Lions, Boyd was named to the AISA All-Tournament team as a freshman and led her team to the Final Four, a runner-up finish and two regional championships.

“She is a determined and dedicated athlete. She has a passion for volleyball that words cannot describe,” LaGrange head coach Madison Machurek said. “Her drive to be the best is not spoke through words but through actions and accomplishments. She is, no doubt, the quarterback I desire for this program.”

Boyd is thankful for the opportunity to play at the next level, and said she couldn’t have done it without her dad and coach, Anthony Boyd.

“Playing for my dad taught me what it meant to make the sacrifices to become a leader,” she said. “He always told me to get the results you want, you have to put the work in. He always referred to it as the character and integrity of the game.”

In the sport of football both Denard and Long will be continuing their playing days, as Denard signed with Huntingdon College and Long signed with Birmingham Southern College.

Denard played defensive line for Kingwood during his senior season and was a force throughout the year posting 93 total tackles. That mark earned him a spot on the AISA/ACSC All-County defense.

He was joined by Long on the All-County team, as the senior linebacker posted 53 tackles with one interception defensively. But, as an athletic playmaker, Long also played on the offensive side of the ball, posting eight receptions for 202 yards receiving and 485 yards and nine touchdowns rushing. He was one of the best athletes in the county during his final year with the Lions.

Joining the two football players at the ceremony were also two basketball players, as Ervin and Clay both singed to continue as teammates at Southern Basketball Academy.

As a member of the All-County First Team during his senior season, Ervin led the Lions to a special season. He came close to averaging a double-double during the season after averaging 15 points and 9.4 rebounds per game.

He also averaged 2.4 steals per game, which was one of the highest marks in the county, showing his aggressiveness all over the floor.

Clay was also a key piece to Kingwood’s 2018-19 basketball team. He averaged 14.7 points per game and led the county in assists with 5.2 per game, while also averaging 4.1 rebounds and 3.2 steals per game. All of those impressive numbers led to him earning a spot on the All-County Second Team.