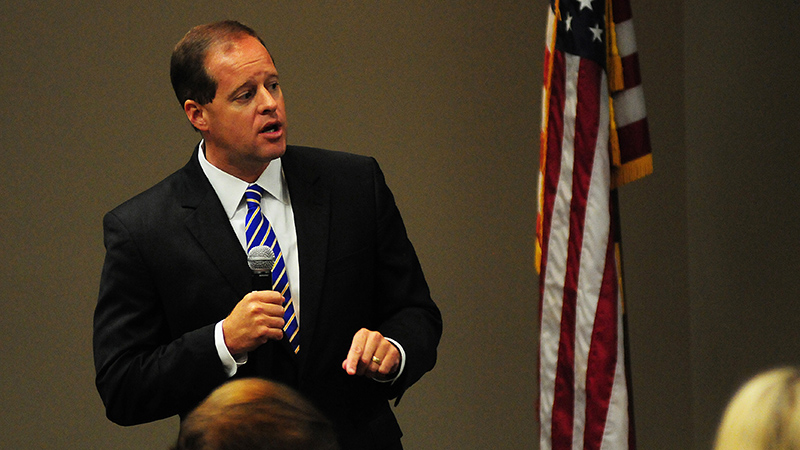 MONTGOMERY – Lt. Governor Will Ainsworth has appointed Senator Cam Ward, R-Alabaster, to serve on the Alabama Legislature’s Joint Transportation Committee, the panel of lawmakers that has legislative oversight of the Alabama Department of Transportation. Ward will represent the 6th U.S. Congressional District, which spans central Alabama from Oneonta down to Clanton, and includes Jefferson and Shelby counties.

“Cam Ward has built strong relationships with senators and representatives from all over the state, and I know he recognizes the vital importance of rebuilding and modernizing Alabama’s infrastructure system,” Ainsworth said. “Senator Ward will be a great asset to Alabama’s Joint Transportation Committee.”

The Joint Transportation Committee’s mission was broadened during the March special legislative session that dealt with the Rebuild Alabama infrastructure plan.

Now, ALDOT must work with the Joint Transportation Committee on the Statewide Transportation Improvement Program, ALDOT’s long-range plan of transportation projects. Further, ALDOT must use objective criteria in deciding which road and bridge projects are built next, and that criteria must be available to the JTC and the public.

“I appreciate Lt. Governor Ainsworth appointing me to this committee — it is a privilege to work towards building safer and more efficient infrastructure for Alabama’s commuters and businesses,” Ward said. “As we know well from the challenges involved with I-65, lingering construction projects can cause serious delays and dangerous conditions for those travelling on our busy roads.”

“The Rebuild Alabama Plan gives us the revenue tools we need to improve our roads, and I can promise you that the Joint Transportation Committee will work hard to make sure that every transportation dollar spent by ALDOT is used wisely and efficiently,” Ward continued.

The Joint Transportation Committee consists of twelve state representatives and twelve state senators, with a member from each chamber representing the state’s seven congressional districts and five ALDOT regions.

Cam Ward represents District 14 in the Alabama State Senate, which includes all or parts of Shelby, Bibb and Chilton counties. He serves as chairman of the Senate Judiciary Committee.