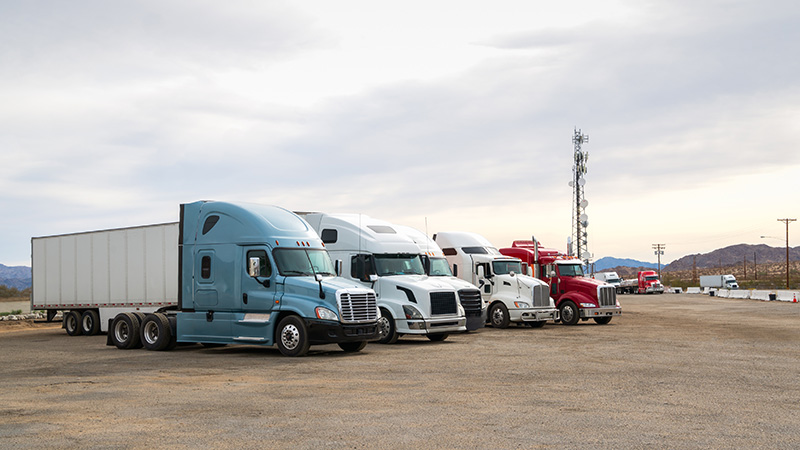 The Alabaster City Council recently passed changes to the city’s parking ordinances dealing with tractor trailers parked in lots not designated for such parking. (File)

ALABASTER – The Alabaster City Council is looking to crack down on overnight parking of commercial vehicles in areas not designated for such parking, and will gather public input on the matter in late May.

During its May 6 meeting, the City Council set a public hearing for May 20 on proposed changes to the city’s ordinances dealing with overnight parking, and likely will vote on the matter the same night. The May 20 meeting will begin at 7 p.m. at Alabaster City Hall.

“This is not intended to impact deliveries or trucks that just park and then go into a business,” said Alabaster Councilman Russell Bedsole. “This will not apply to RVs. It’s simply to clean up areas that are congested by commercial vehicles being parked there.”

During previous work sessions, Council members said they regularly receive complaints from citizens and business owners regarding commercial trucks illegally parking in areas not designed to accommodate them, such as the parking lots at the Propst Promenade and South Promenade shopping centers.

Alabaster Police Chief Curtis Rigney said officers will use tickets as a last resort to address the problem.

“We are not about writing tickets, we just want the trucks gone. I think we can get it done without writing many tickets,” Rigney said, noting officers’ first steps will be to attempt to contact the truck driver to ask them to move the vehicle. “I hope this will be a short-term problem, and that we will have some relief pretty quickly.”

The proposed ordinance changes also addresses vehicles parked in neighborhoods blocking the flow of traffic or creating a public safety hazard, and would allow officers to take action if a vehicle is found to be blocking the roadway or creating an unsafe situation.

“There’s nothing in the ordinance that says no on-street parking,” Bedsole said. “This just allows officers to take enforcement action if a parked vehicle is affecting the flow of traffic or affecting safety.”