COLUMBIANA – Police are searching for an inmate who left from an assigned job location in Columbiana at about 12:45 p.m. on Thursday, May 9. 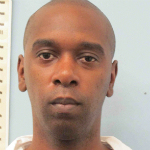 According to a notice from the Alabama Department of Corrections, 34-year-old Jerry Randolph Anthony was last seen in state-issued white clothing. He is a black male standing 5-feet, 11-inches tall and weighing 150 pounds.

Anthony was sentenced in Montgomery in April 2008 to 50 years in the Department of Corrections for second-degree assault.

Anyone with information about Anthony’s whereabouts should notify their local law enforcement agency, the facility from which the inmate escaped or call the Alabama Department of Corrections at 1-800-831-8825.