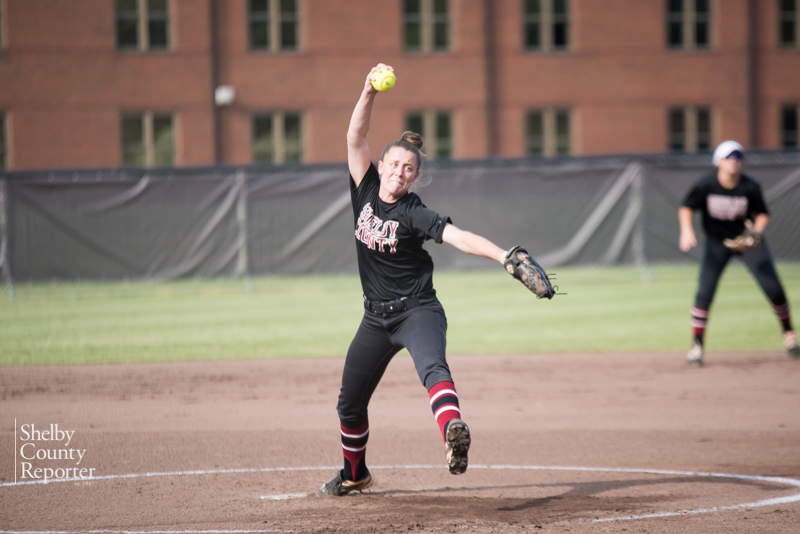 The Shelby County Wildcats are headed to the Class 5A State Tournament after staving off three elimination games in the Regional tournament. (Reporter photo/Keith McCoy)

OXFORD – After a 5-5 start to the 2019 softball season, the Shelby County Wildcats found themselves in a difficult situation and facing some adversity, but how they responded has been remarkable.

The Wildcats not only finished the regular season by winning 15 of their final 18 games, but then went on to sweep the area tournament to be crowned Class 5A Area 6 champions before going on to win four of five games at the East Central Regional tournament to claim a spot in the 2019 Class 5A state tournament.

Last year, the Wildcats made it all the way to the Regional championship game without a loss in a double-elimination format, but then dropped two consecutive games to miss out on the state tournament.

This year, however, while the team faced more hurdles throughout the season, they were determined to not feel that disappointment again.

And this year’s path ended up being a lot more difficult after falling into the loser’s bracket early in the tournament.

Shelby County won its opener by a final of 14-0 over Central-Clay, but then followed that with a heartbreaking 2-1 loss to Bibb County in the semifinals, which sent the Wildcats to the loser’s bracket of the tournament.

If they were going to qualify for state, they would now have to win three consecutive games to advance.

That’s when the determination showed off, as the offense came to life and scored 36 runs in the next three games to take down Sylacauga, Marbury and Bibb County to earn a spot in the in the state tournament.

In all, the Wildcats scored a total of 51 runs in their four games of the tournament and got a crucial redemption loss by a final score of 12-7 against Bibb County to officially cement their spot at state.

Shelby County is now 27-9 this season following its 4-1 record at the Regional tourney, and has gone 22-4 since that 5-5 start to the season.

The Wildcats are clicking right now, and will look to bring home a state championship when the tournament kicks off on Thursday, May 16, at Montgomery’s Lagoon Park. The Wildcats will play on field two at 10:45 a.m. in the first round.

Stricker leads by two over crowded leaderboard heading to…