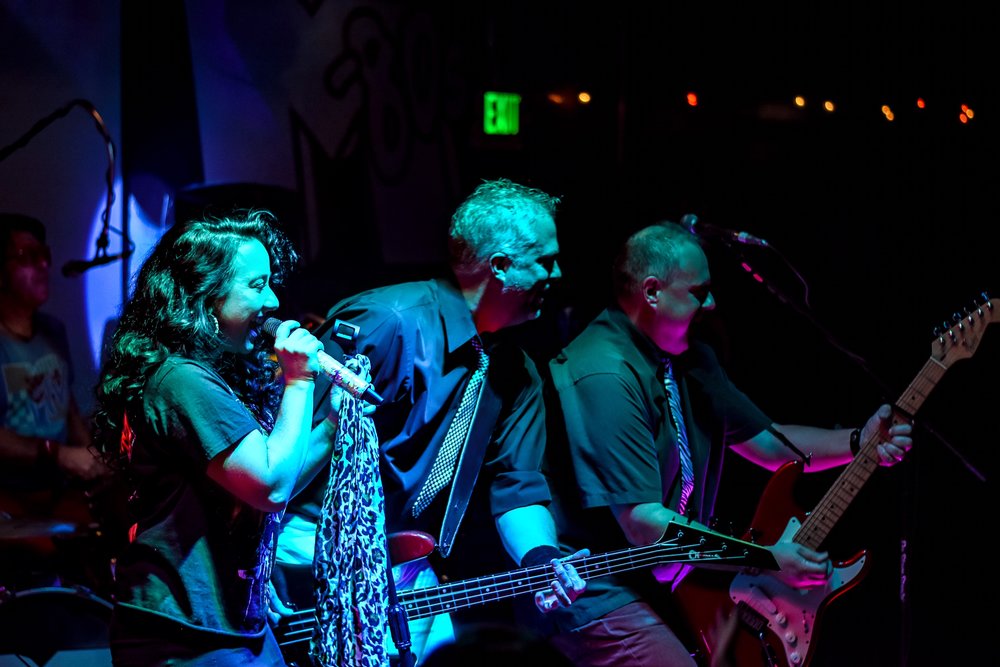 The M-80s, an ‘80s cover band, is set to take the stage at noon at the city of Pelham’s annual Palooza in the Park on Saturday, May 18. (Contributed)

Residents near and far are invited to enjoy this free event, powered by Pelham Palooza, that’s sure to be fun for the whole family.

The children’s area, Kidzapalooza, is sure to impress with multiple inflatables, balloon artists, face painting, carnival games, arts and crafts, bull riding, a bungee trampoline and hula hoopers and more.

This year, Palooza in the Park will feature its first Juried Fine Art and Craft Show. The arts and crafts competition will take place at the pavilion adjacent to the Pelham Recreation Center. Juried Fine Art and Craft Show winners will be announced on stage at 11 a.m. Shortly after that at 11:15 a.m., there will be a Zumba and Refit demonstration by instructors from the recreation center. Live music kicks off at noon with song selections from an ‘80s cover band, the M80s.

The five-piece band will perform musical selections until 3 p.m. The band is fronted by lead vocalist Jenni Mote with Michael Weidenbach on bass, Larry Gambrill on the drums, Mike Tucker as the lead guitarist and Glenn Freeman on the keyboard.

Formed in 2008, the band strives to give viewers an authentic performance of the most popular tunes from the 1980s, complete with full instrumentation, tight harmonies and a fun show. Artists like Michael Jackson, Journey, The Go-Go’s, Bon Jovi, Prince and Cheap Trick not only serve as their inspiration, but also make up the soundtrack for the ‘80s, and set the standards for generations to come.

The band has traveled all over the southeast to places like Tennessee, Arkansas, Florida and Georgia entertaining crowds. Every song is an instantly recognizable hit and audiences will likely know the words to every song they sing.

Over in the Kidzapalooza area, Funny Faces Balloon Artist will entertain children from 1-4 p.m. There will also be an invitation only car show featuring PushRodz Alabama Car Club.

With the city park being home to the recently constructed Pelham Park Middle School, Pelham Recreation Center and Pelham Public Library, Holly said hosting the event there also gives area residents to a chance to check out the new facilities if they haven’t already.

“Many of our city venues focus on sports, enjoying the outdoors and promoting community togetherness,” Holly said. “We’re a city that celebrates those things, so having the event at the park fits in perfectly with that as well.”

For more information about Palooza in the Park, go to Pelhampalooza.live.