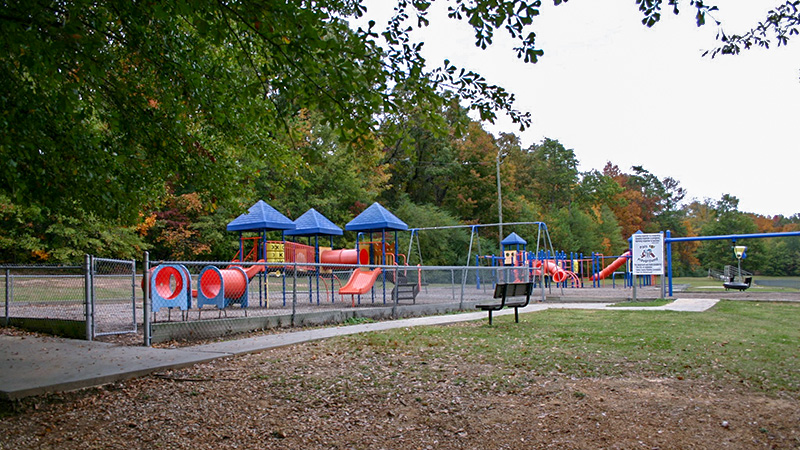 The playground at Alabaster’s Municipal Park off Warrior Drive soon will be getting new equipment, and the playground has been closed pending the upgrade. (Contributed)

ALABASTER – The city of Alabaster has closed one of its park playgrounds, while crews prepare to replace some old, worn equipment with new offerings in the coming weeks.

In early May, the city announced it had closed the playground at Municipal Park indefinitely, pending the installation of the new equipment. Municipal Park is between Thompson Middle School and the old Thompson High School on Warrior Drive.

Council members voted unanimously during a March 18 meeting to purchase a pair of Playbuilders playground structures for the park, which is off Warrior Drive between Thompson Middle School and the old Thompson High School.

The city paid $24,282 through the Sourcewell Purchasing Cooperative for the new equipment, which came in lower than expected, said Alabaster Parks and Recreation Director Tim Hamm. Funding for the equipment was included in the Parks and Rec Department’s 2019 budget.

It was more cost-effective for the city to replace the playground equipment rather than repair the aging equipment already on-site, Hamm said.