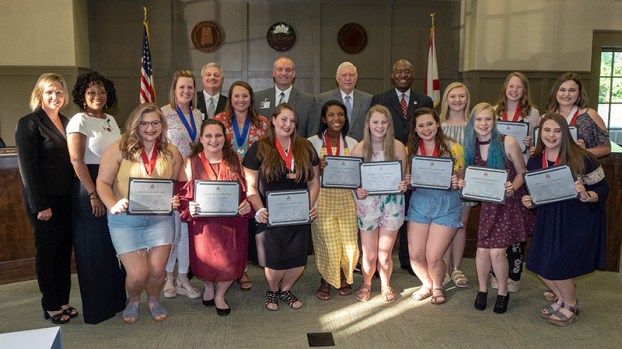 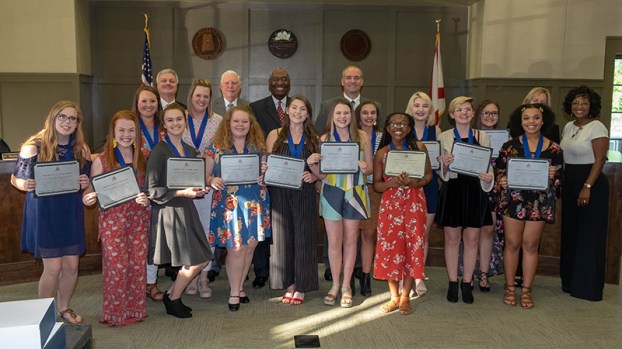 During the meeting, Alabaster School Superintendent Dr. Wayne Vickers and Alabaster Board of Education members praised the team for bringing home plenty of hardware during their most recent season, and presented each member of the team with a certificate honoring their accomplishments.

In the fall of 2018, the THS visual ensemble won Best in Class awards at the Lake Martin Invitational and the Pell City Marching Contest.

THS visual ensemble coaches are Danleigh Jenkins and Christie Wagner, and the following team members were honored during the School Board meeting: