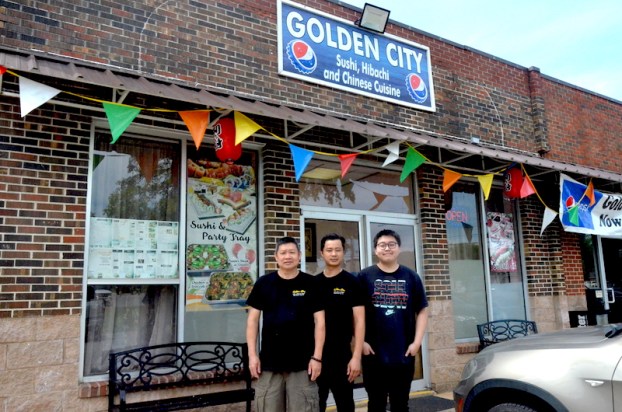 COLUMBIANA – Since opening their restaurant in Columbiana in late March, the owners of Golden City Sushi, Hibachi and Chinese Cuisine have been pleased with the community’s positive response to it.

Xin Qiang Wang and his son, Adrian Wang, of Inverness decided to fill the void—and the storefront—China Yan left when it closed earlier this year by opening a second location of Golden City, nearly four years after opening the first one in Chelsea.

“It was a really good location, and there wasn’t a Chinese restaurant here,” Adrian said. “It’s been busy.”

One of his most popular dishes among customers is the Mongolian Delight, which consists of beef, chicken and shrimp with vegetables, and a combination of mild, spicy and sweet flavors.

“A lot of people get it,” Adrian Wang said. “We also serve fresh sushi every week. We start everything from scratch.”

The family plans to open another location of Golden City in Pelham soon.

Columbiana’s Golden City restaurant, located at 113 West College St., is open Tuesday-Sunday, 11 a.m.-10 p.m. It is closed on Mondays, but is open on most holidays.

By NEAL WAGNER / Managing Editor ALABASTER – The two leadership positions on the Alabaster Board of Education will remain... read more