Helena’s softball season comes to an end in state tournament 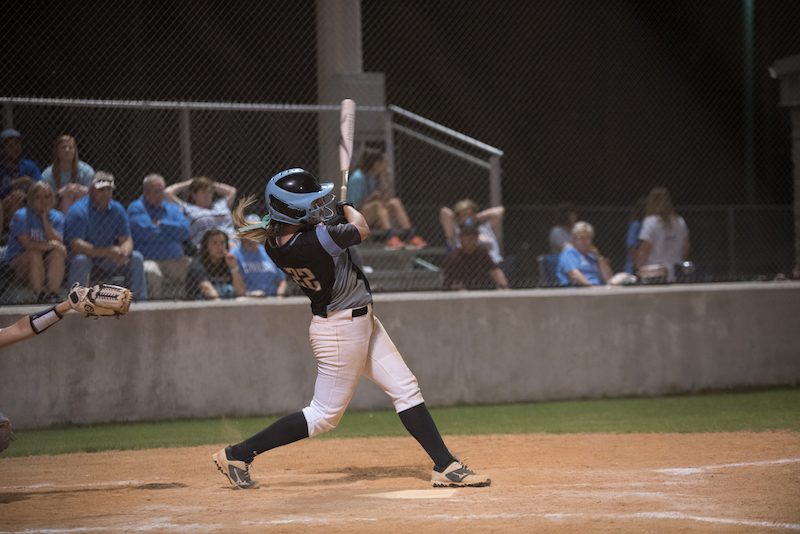 Helena fell to Buckhorn 7-3 and Pell City 3-2 in the Class 6A softball state tournament on Wednesday, May 15. (File)

MONTGOMERY – The Helena Huskies stay in Montgomery for the Class 6A softball state tournament was short lived as the Huskies lost to Buckhorn 7-3 to open the tournament and fell to Pell City 3-2 in a tight contest in the losers’ bracket on Wednesday, May 15.

Although Helena won’t be hoisting a Class 6A state championship trophy, the Huskies still had a great season that included winning the Class 6A Area 8 tournament, finishing as a regional runner-up and making it to the state tournament.

Below are recaps of how Helena’s two games played out in Montgomery:

In a double elimination format, it’s always crucial to get off to a fast start by winning the first game of the tournament, but unfortunately for Helena, the offense was unable to come alive as the Huskies were unable to work its way back from a 7-0 deficit.

Helena starting pitcher Avery Barnett was able to hold Buckhorn scoreless through the first three innings but on the flipside Helena was unable to push a run across as well.

In the bottom of the fourth inning, Buckhorn finally found some offense and broke the scoreless game on an RBI single to make it 1-0 with no outs in the inning.

A sacrifice bunt and a groundout put runners at second and third for Buckhorn but there were two outs in the inning. Buckhorn came through with some big two out hitting as a two-RBI single pushed the lead to 3-0 and an error made it 4-0 at the end of four.

Buckhorn tacked on two more runs in the bottom of the fifth inning on another two-out hit, this time a two-RBI single to make it 6-0.

After a solo home run in the bottom of the sixth inning to increase the lead to 7-0, Helena needed a big rally in the final inning.

After a single, walk and a hit by pitch, the bases were loaded with two outs for Helena’s Emily Crowe. She would come through with a two-RBI single to cut Buckhorn’s lead to 7-2.

An error occurred on the next play to score a run and make it 7-3 but that’s as close as Helena would get as Buckhorn sealed the game with a strike out for the final out.

Moving to the losers’ bracket, Helena needed a win to keep its hopes alive of advancing in the state tournament but eight runners left on base and just two runs on seven hits brought the Huskies’ season to a close with a tough 3-2 loss to Pell City.

Pell City’s only runs in the game came in the bottom of the third inning and all with two outs.

An RBI single, followed by an RBI double gave Pell City a 2-0 lead. A hit by pitch and a single then loaded the bases. Pell City would tack on another run from an RBI single but the damage was limited as a runner was thrown out at home to keep the lead at 3-0.

Helena got two of the runs back in the top of the fourth inning thanks to a two-out triple by L. Bullock to score Kelsi Bargman and Torie White to cut Pell City’s lead to 3-2.

In her last game pitching at the high school level, Helena’s Barnett capped off her Helena career with a solid performance that included three strike outs in six innings of work. All three earned runs came in the bottom of the third inning. Bullock led Helena at the plate going 2-for-3 with two RBIs.