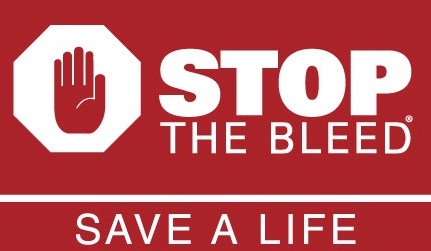 PELHAM – Mayor Gary Waters proclaimed the month of May as Stop the Bleed month in the city of Pelham at a City Council meeting on Monday, May 13.

In 2013, after recognizing that more lives could have been saved after mass casualty events if more people knew how to stop and control bleeding, the American College of Surgeons joined with a group of first responders to develop a response system. An integrated response is specified in the acronym THREAT – threat suppression, hemorrhage control, rapid extrication to safety, assessment by medical professionals and transport to definitive care.

A focus was placed on the use of kits containing tourniquets and wound dressings and better coordination between law enforcement and medical teams in their efforts to assign degrees of urgency to wounded patients.

The group decided to begin training the public on hemorrhage control techniques – a program they named Stop the Bleed – since uncontrolled bleeding in the leading cause of preventable deaths in a pre-hospital setting. Stop the Bleed Month is a nationwide effort to increase awareness of the program.

“In the short time we’ve been doing this, we have had two saves here in Pelham,” Police Chief Larry Palmer said.

The first was a domestic violence situation during where a woman was stabbed two times, with one being in the neck. Palmer said the officer on the scene immediately applied direct pressure to the neck wound until the ambulance arrived. Surgeons at UAB reported back to the PPD that the officer’s actions saved the woman’s life.

Victims can die within five to 10 minutes from uncontrolled bleeding, according to the American College of Surgeons.

The second time occurred when a man was breaking into an establishment, Palmer said. While breaking a window, he severed an artery in his arm. The responding officer applied a tourniquet to the man’s arm.

“Doctors at Shelby Baptist said applying that tourniquet probably saved his life and stopped him from bleeding out,” Palmer said.

To date, the PPD has taught more than 1,500 residents throughout the state how to help prevent deaths by controlling bleeding. This includes 350 Pelham City Schools teachers and students.

The PPD offers training to civic groups and members of the community. Residents may contact the PPD through Facebook or at 620-6550 to request training.

By NEAL WAGNER / Managing Editor HOOVER – The graduates of the 2019 class of Leadership Shelby County will leave... read more