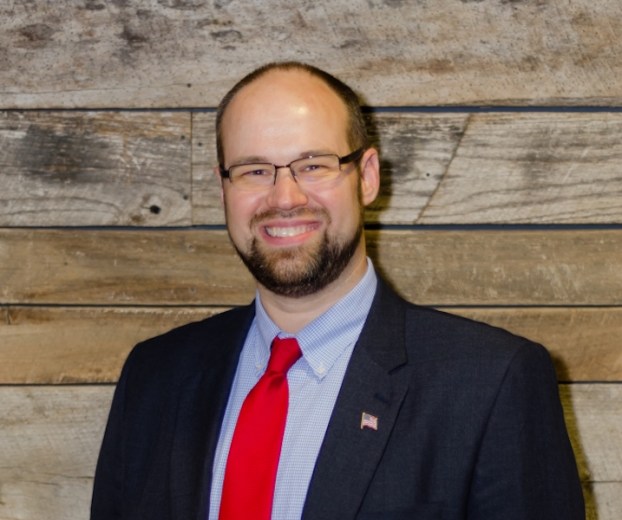 Montevallo City Councilman Matt Walker announced his resignation from the District 5 seat during a May 13 council meeting. (Contributed)

Walker, who has represented Montevallo’s fifth district since 2016, has accepted a position as the Director of Foundation Relations for the University of Memphis, and will be relocating to Tennessee with his wife, Candace Herron, in the next few months.

“It has been a pleasure to work with everybody here,” Walker said. “It’s a great group we have working here in City Hall, and I will miss everybody very much.”

Walker’s resignation, effective May 14, created a vacancy Mayor Hollie Cost and the remaining council members will fill by appointment. 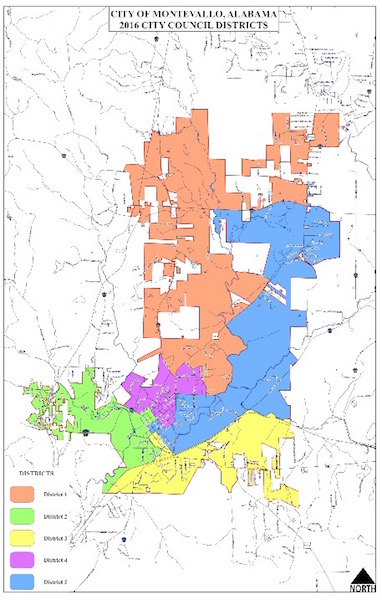 Resumes from qualified voters in Montevallo’s District 5, shown on the map, who are interested in filling the vacancy created by Walker’s resignation are being accepted until the next City Council meeting on May 28. (Contributed)

Qualified electors living in District 5 may submit their resumes for the position to the city clerk at City Hall, 541 Main Street, Montevallo, AL 35115 (hlehman@cityofmontevallo.com).

The mayor and council will consider the applicants and plan to appoint a new member to finish Walker’s unexpired term, which started on the first Monday of November 2016 and ends in November 2020, at the council’s next regular meeting on Tuesday, May 28 (rescheduled because of the Memorial Day holiday on Monday, May 27).

“This is going to be a huge loss,” Cost said to Walker. “You have been absolutely fantastic. You were born and raised here, and it will be hard to fill your shoes. I thank you for your service.”

In a press release regarding his resignation, Walker wrote Montevallo has seen “significant business growth in the historic downtown, record revenue increases for the city and the enactment of an LGBTQ-inclusive non-discrimination ordinance” during his term in office.

“When I announced my candidacy, I stated that I wanted this city to be ‘open for business.’ I am thrilled with the progress that we have experienced in that area,” he wrote. “What is even more inspiring to me are our efforts to embrace equality and inclusion initiatives in the community.”

Walker is also vacating his position as the University of Montevallo’s Director of the Office of Sponsored Programs, in which he helped the university secure more than $33 million in grant funds, including the largest grant in UM’s history – the $25 million GEAR UP grant.

“I will miss Montevallo and the people who make this community vibrant and thriving,” he wrote. “I will miss my family and friends, but I am excited for this new chapter in my life.”

In other business May 13, the council: