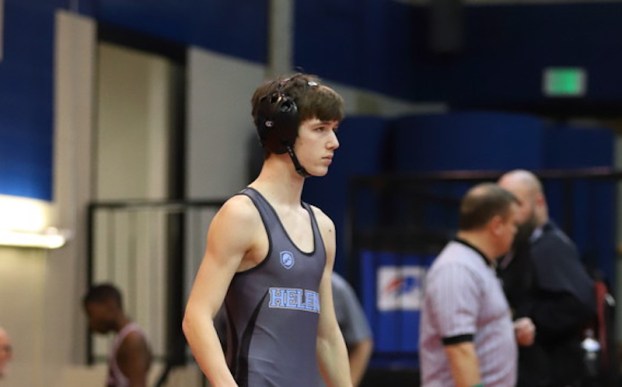 A local Helena High School wrestler was recently named a 2019 High School Academic All-American by the National High School Coaches Association for his hard work both in and out of the classroom.

Helena High School junior Michael Moran was given the award and was among 134 selected Academic All-Americans. The 2018-19 school year marked the 26th year in which the NHSCA has honored those who triumph in and out of the classroom.

Moran competes in the sport of wrestling for head coach Keith Maple. He has a 4.21 GPA and is ranked No. 23 in his class.  Moran was runner-up in his state wrestling championships this year and had a season record of 39-7 and has a current career record of 83-13. Moran also made a 31 on his ACT.

The 134 Academic All-Americans hail from 36 different states as the honorees exceled in 13 different sports. The total breakdown of athletes awarded were 10 freshmen, 27 sophomores, 42 juniors and 55 seniors.

“This year’s Academic All-Americans are the epitome of what a student-athlete is. Not only do they excel on the playing field, mat, court, pool and track, but they also excel in the classroom,” NHSCA CEO Bobby Ferraro said. “These student-athletes are leaders in and out of the classroom and are the future leaders of tomorrow.  We are proud to deem them Academic All Americans.”

This year Georgia led the way with 14 Academic All-Americans, followed by Massachusetts with 12, Texas with 11 and Tennessee with nine. The student-athletes averaged a 3.9 GPA, with 45 students coming in with a 4.0 or better.

All honored Academic All-Americans will be recognized in the National High School Digital Sports Hall of Fame, which is currently in the planning stage.

To see the full list of Academic all-Americans, visit Nhsca.com/news/449607/The-2018-2019-NHSCA-Academic-All-Americans-are-announced.htm.

By GRAHAM BROOKS / Staff Writer HELENA – School is almost out for the summer and with that comes free... read more