ALABASTER – A 26-year-old Alabaster man has been released from the Shelby County Jail on a $30,000 bond after he was arrested on a felony attempted murder charge following a shootout off Shelby County 11 on May 10. 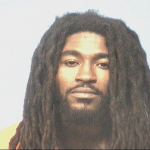 The Alabaster Police Department arrested Christopher Deon Cooper, who lists an address on Simmsville Road, on May 10 and charged him with the felony.

Cooper’s arrest came after a verbal altercation began at a gas station at the intersection of Shelby County 11 and Shelby County 68 on the evening of May 10. During the argument, Cooper allegedly “took a pistol from inside his vehicle and placed (it) on the hood of his car. The suspect told the victim that he would ‘Put one in his dome,’ implying he would shoot the victim in his head to make sure he kills him,” according to Cooper’s arrest warrant.

The victim and the victim’s brother then left the gas station, and Cooper allegedly followed them to their house, where he pulled into the victim’s driveway.

“Fearing for his safety, the victim began firing his pistol, and the suspect fired at him as well. The suspect left the scene and looped back around” to a local church “and fired additional rounds at the victim and his residence,” read the warrant.

Attempted murder is a class A felony, and is punishable by up to life in prison upon conviction.

As of May 17, Cooper did not yet have a preliminary hearing date set in Shelby County District Court.

Player to take part in exploratory learning program at Emory

FROM STAFF REPORTS Ayana Player of Columbiana will join other high school students from across the nation this summer to... read more