Madeline Salathe of Birmingham, Alabama, and Jackson Langcuster of Jackson, Mississippi, are pleased to announce their marriage.

The bride is the daughter of Pascha Kelley and David Salathe. She is the granddaughter of Lex and Janet Moore and Richard and Betty Salathe. 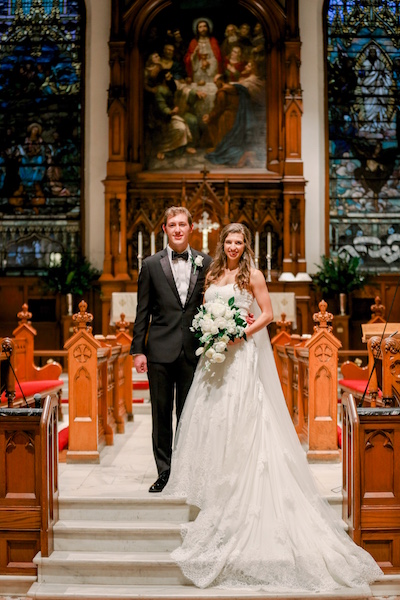 She is a 2015 graduate of Spain Park High School, and will graduate in 2019 from the University of Alabama with a bachelor’s degree in operations management and a master’s degree.

The groom is the son of Christy Langcuster and John Langcuster. He is the grandson of Louis and Patricia Vaughn and Cecil and Suzanne Langcuster.

He is a 2014 graduate of Madison Ridgeland Academy and a 2018 graduate of the University of Alabama, where he majored in political science and history. He is currently working as a State Farm Aspirant.

As the bride and groom shared their first kiss, the bells of the Cathedral rang out in the city.

The ceremony was followed by a reception at Avon Theater, where the bride performed with current and former Alabama dance team members and Big Al.

The couple is traveling to Europe for their honeymoon.

Brandy Thompson and Russ Alexander were married on Dec. 2, 2017 in Gatlinburg, Tennessee. The bride, formerly of Montevallo, is... read more