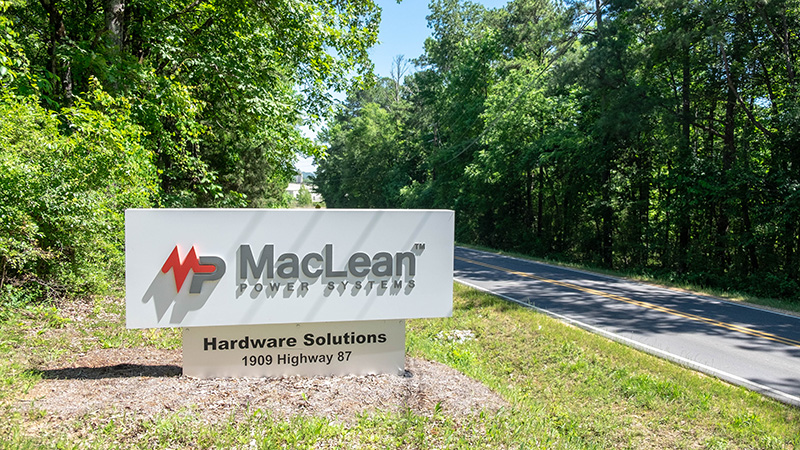 The MacLean Power Systems company in southern Alabaster is preparing to undergo a $10 million addition, bringing about 150 new jobs to the city. (Reporter Photo/Neal Wagner)

ALABASTER – A power utility supplies manufacturing company in southern Alabaster is preparing to undergo a significant expansion project, bringing many new jobs to the city, Alabaster leaders announced during a May 20 City Council meeting.

During the meeting, council members voted unanimously to waive city permit fees and review costs at the request of the MacLean Power Systems company off Shelby County 87 near the Shelby County Airport as it prepares to undergo a $10 million addition project to keep up with demand.

The expansion likely will bring about 150 new jobs to the city, according to the company.

The company markets and sells its products in the United States, Latin America, the Middle East, Asia Pacific, Africa and Europe.

MacLean Power Systems is a subsidiary of the MacLean-Fogg company, which is headquartered in Mundelein, Illinois.

“Thank you for your continued investment in the city of Alabaster,” Council President Scott Brakefield told representatives from the company present at the meeting.