Man charged with threatening to ‘light up’ Helena graduation

COLUMBIANA – A 20-year-old man was arrested and released from the Shelby County Jail on a $10,000 bond after he was charged with allegedly threatening a victim by being outside of her apartment with a gun and threatening to show up at Helena High School’s graduation ceremony with a violent intent. 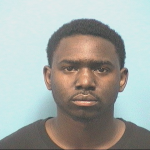 Veneal Deon Brantley, who lists an address on in the 900 block of Keystone Circle in Birmingham, was arrested by the Helena Police Department on a charge of making terrorist threats on May 22.

According to his arrest warrant, Brantley allegedly “terrorized a victim by threatening to be outside her apartment firing a gun, and threatened to show up at the victim’s graduation ceremony and that he was going to ‘light it up.'”

Due to the alleged threats, the Helena Police Department had to increase staffing for security at the graduation held on Tuesday, May 21.

Making a terrorist threat is a Class C felony and if convicted, Brantley could face up to 10 years in prison.