COLUMBIANA – A Shelby County grand jury will decide in the coming weeks if it will uphold child abuse charges against a 28-year-old Irondale man who allegedly failed to seek medical treatment for a child suffering from severe malnutrition and left the child alone with his 4-year-old sister for “several hours at a time.” 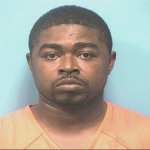 Tramaine Walter, who lists an address on Nytol Street in Irondale, is facing charges of aggravated child abuse and willful child abuse, both of which were bound over to a grand jury on May 23. The grand jury will review evidence in the case and determine if it will indict Walter on the charges.

The Alabaster Police Department arrested Walter on April 11 and arrested Regina Hosey, who lists an address on Fifth Avenue Southeast in Alabaster, on April 26, and charged both of them with counts of aggravated child abuse and willful child abuse.

The charges are related to a pair of victims who were both younger than 6 at the time the alleged crimes took place between Nov. 20, 2015, and Nov. 16, 2018, according to court documents.

The suspects allegedly “did not take (one of the victims) to several doctor’s visits to access the G-tube and severe malnutrition,” causing the child to lose more than 10 pounds, according to the suspects’ arrest warrants.

Both children also were left alone for “several hours at a time,” read the arrest warrants.

Man charged with threatening to ‘light up’ Helena graduation