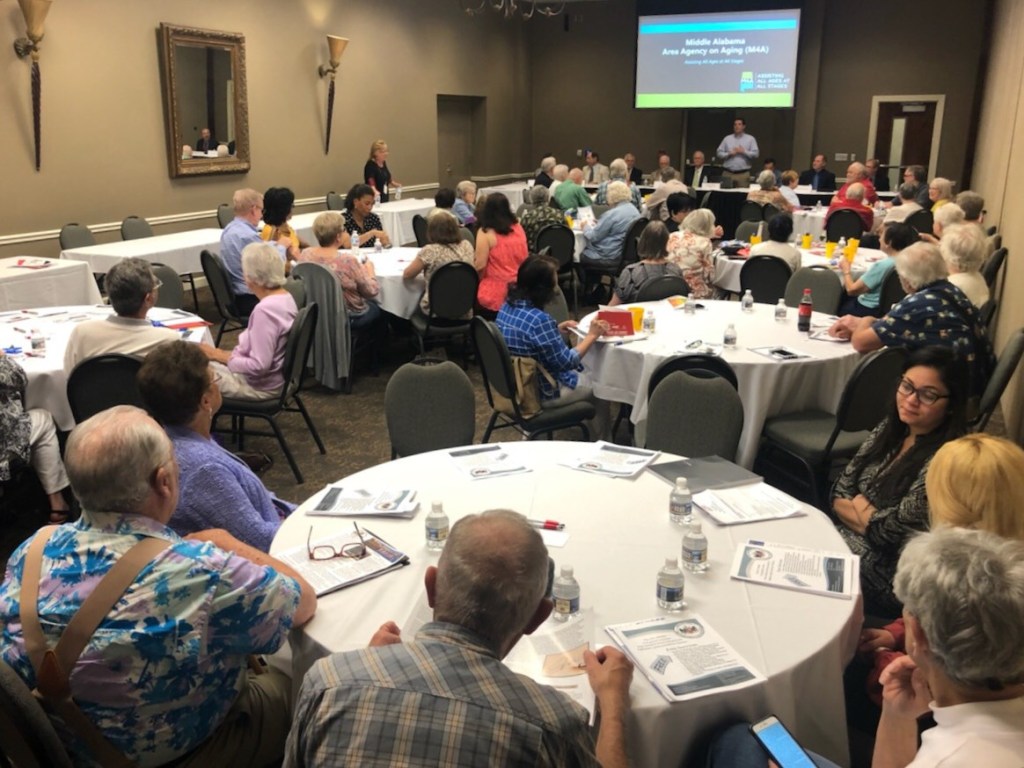 A panel discussion on May 20 taught residents how to prevent and detect fraud. (Contributed)

PELHAM – With cases of fraud and scams on the rise, the American Association of Retired Persons and the Middle Alabama Area Agency on Aging partnered on Monday, May 20, to educate the public about what they can do to protect themselves.

About 80 people attended the Freedom from Fraud panel discussion that was hosted at the Pelham Civic Complex and included free lunch. Although people age 50 and above tend to be targeted the most with scams, people of all ages attended the event to learn how to protect themselves.

The goal of the event was to identify, expose and prevent cases of fraud and scams. Each day thousands of people are targeted by scammers attempting to gain access to their banking information and credit cards.

The panel provided consumers with examples of what to look out for and information on what to do if they become a victim of fraud or identity theft.

According to AARP, a common scam includes telling people that a warrant has been issued for their arrest for failure to show up for jury duty. The goal is to persuade citizens to pay a fine to avoid jail time.

One way to report fraudulent activity is through AARP’s Fraud Watch Network. Users are notified about the latest scams in their area and receive tips on how to protect themselves and their family.

Pelham High celebrates the class of 2019