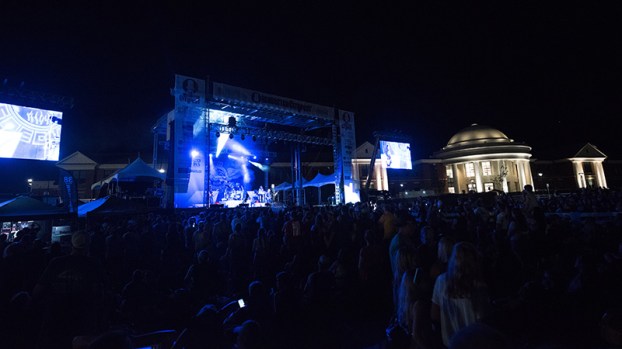 The 2019 Alabaster CityFest will be held this Saturday, June 1, on the grounds of the new Thompson High School. (File)

ALABASTER – Shelby County’s largest free outdoor music festival is set to kick off this Saturday on the grounds of the new Thompson High School campus, featuring local, regional and national musical acts and much more throughout the day.

The 2019 CityFest will be held on June 1 on the grounds of the new Thompson High School at 1921 Warrior Parkway. Title sponsors for this year’s CityFest are Central State Bank and Coca-Cola.

Musical headliners for this year’s CityFest are Easton Corbin, who will take the stage at 9 p.m., and the Atlanta Rhythm Section, who will perform starting at 7 p.m.

Corbin is known for his signature hits including “A Little More Country Than That,” “Roll With It,” “Lovin’ You Is Fun,” and “Baby Be My Love Song” from his No. 1 debuting album “About To Get Real,” and his emotional “Are You With Me” was the most-added song at radio the day it was released.

Atlanta Rhythm Section is well-known for its 1977 single “So in to You,” which reached the U.S. Top 10 when it was released. The group’s album “Champagne Jam” went platinum, fueled by its standout single “Imaginary Lover.”

The following is the full musical lineup for this year’s CityFest:

By GRAHAM BROOKS / Staff Writer SHELBY – A historic hotel that was first constructed in 1885 has been completely... read more