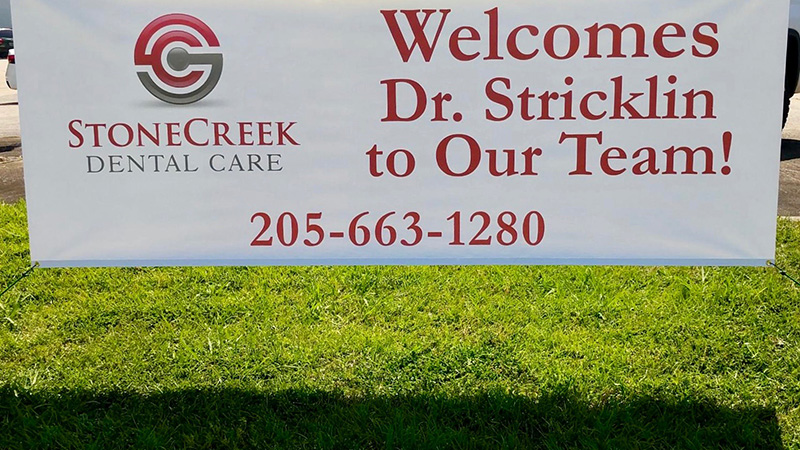 ALABASTER – StoneCreek Dental Care has announced that Dr. Stephen Stricklin has joined its Alabaster practice. Stricklin is a Birmingham area resident with more than 35 years of dental experience.

Stricklin received his undergraduate degree from Jacksonville State University in 1969, but has remained an Alabama fan at heart. He was commissioned into the United States Army as a second lieutenant, serving two years at Fort Benning, Georgia, as well as one year in Vietnam, where he earned the Bronze Star and the Army Commendation Medal. Dr. Stricklin attended the University of Alabama School of Dentistry, where he received his doctorate of dental medicine in 1977 and completed a United States Army general practice residency in 1978 at Fort Sill in Oklahoma.

In his free time, Dr. Stricklin enjoys playing golf and traveling with his wife, Frances, who he has been happily married to for 48 years. The Stricklins have two sons. He is also an active member of Saint Peters Catholic Church in Hoover.

StoneCreek Dental Care provides financial, operational and clinical support, empowering dentists with the resources needed to focus on the art of delivering exceptional oral healthcare and achieving desired patient outcomes. Founded in 2012 by Ron Beasley, D.M.D. and Brian Barnes, D.M.D., StoneCreek has expanded to 11 locations and is headquartered in Birmingham. For more information, visit Stonecreekdentalcare.com.