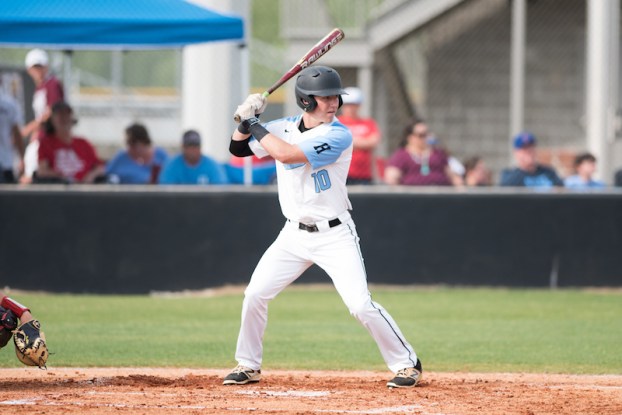 Shelby County will have several former county standouts hoping to make a deep run in the 2019 NCAA baseball tournament after their respective teams advanced to regional sites. (File)

During their time playing sports at the high school level in Shelby County, athletes leave their mark and learn valuable lessons. While that time may be the end of an era for many, it also prepares several for the next level of opportunity in college sports, and to close out the 2019 spring sports season, four different baseball players from Shelby County will be competing in the 2019 NCAA baseball tournament.

After a long regular season and conference tournaments, Hunter Nabors, Richard Fitts, Blake Shilleci and Nash Adams all advanced with their teams to the 2019 postseason tournament.

Both Fitts and Schilleci have had the most amount of time between the four athletes thanks to 29 combined appearances on the mound for the Tigers in 2019.

For Schilleci, this postseason marks his final ride with the Tigers as a senior.

This season, he has appeard in 12 games and has a record of 0-2 with an ERA of 7.41 and a WHIP of 1.76. He has a total of 17 innings pitched and has allowed 23 hits and 14 runs throughout the season with seven walks. He has also struck out 15 batters and has allowed just one home run in his time on the mound.

For Fitts, this marks his first ride with Auburn as a freshman that has seen a ton of time. The Tigers are hoping to groom him for the future, and he’s shown plenty of promise this season thanks to his ability to eat up innings.

In 17 appearances this season, Fitts boasts an overall record of 3-3 with an ERA of 5.67 and a WHIP of 1.63. He has also started five games and tossed a total of 46 innings, which ranks fifth on the team.

He has allowed a total of 62 hits and 29 runs, and posted 37 strikeouts for the Tigers.

If Auburn plans to make a deep postseason run, one or both of those former county players will need to step up in the Georgia Tech Regional in Atlanta, Georgia.

Auburn’s tournament will start with Coastal Carolina. If they win, the Tigers will eventually have to take down the Yellow Jackets, who are the No. 3 overall seed in the tournament, in order to advance.

The Jacksonville State Gamecocks also earned a spot into the field, and will travel to the Ole Miss Regional in Oxford, Mississippi. In a double elimination format, the Gamecocks will open the tournament with host Ole Miss, who is the No. 12 overall seed.

If Jacksonville State wants to make a deep run, Adams will be a guy they hope steps up in a key spot.

A redshirt freshman with the Gamecocks, Adams has played in 53 games this season, starting 36 of those games. He has 135 at bats and a batting average of .252, both of which are seventh on the team.

So far this season, he has 34 hits and 26 runs with 29 RBIs, which is sixth best on the team. He’s also been strong on extra-base hits with a team-high four triples, as well as five doubles and five home runs. And when he reaches base safely, his speed continues to show off safely stealing four out of five stolen base attempts this season.

Adams has also been a solid defender, and currently has a fielding percentage of 1.000 percent with no errors, three assists and 89 putouts.

Regardless of what happens at regionals, Adams has cemented himself as a dangerous threat for the next few years.

Finally, at Ole Miss, Nabors hasn’t been able to see the field other than one at bat this season for the Rebels, but he’s a guy that was dominant at Itawamba Community College and looks to have a bright future ahead after his junior season.