ANNISTON – A 35-year-old Alabaster man is being held in the Calhoun County Jail without bond after he was arrested in Shelby County and charged with felony rape and sodomy charges involving an underage victim. 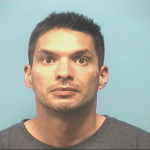 The Alabaster Police Department arrested Brian Scott Dean, who lists an address on Stoney Trail, and charged him with counts of second-degree rape and second-degree sodomy.

Second-degree sodomy and second-degree rape are both Class B felonies, and are punishable by up to 20 years in prison upon conviction, according to Alabama law.

Dean is set to appear in Calhoun County District Court in Anniston for a preliminary hearing in front of Judge Randy Moeller on June 24.